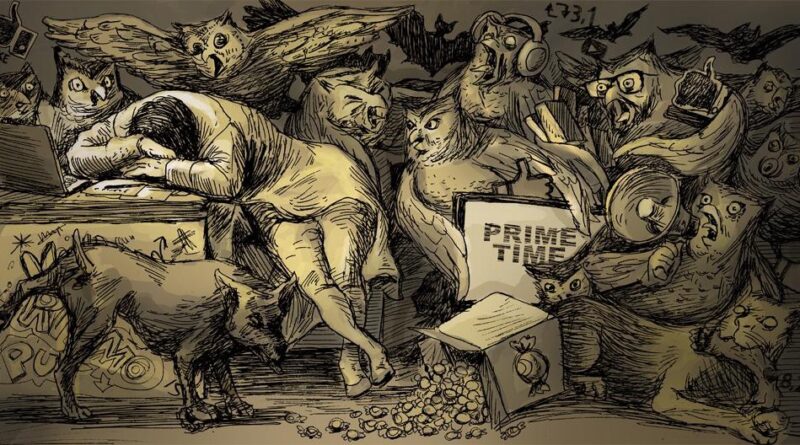 Since Juan Guaidó proclaimed himself president of the Republic, he tried to create the illusion that he was supported by all of Venezuelan society. Among these sectors that supported the fake government were the cultural and intellectual one, whose influence on the population is greater than that of others.

During the first months of the self-proclamation, in January 2019, large mobilizations were called that sought to project a consensus of all the factors in the country and thereby “empty” Chavismo of these elements that give meaning to society.

However, as time went on, support for Guaidó faded and his childish image became a laughable anecdote of Venezuelan politics. This could be taken literally if since his first appearance, he had not promoted the dispossession of the nation’s assets abroad, the blockade, and coup attempts.

Organize a concert at the border for the illegal entry of supposed “humanitarian aid” without results, in February, an unsuccessful tour, appointments of parallel ambassadors and company directors and simulate the taking of the Francisco de Miranda Air Base (La Carlota) on April 30, 2019, were events that kept Guaidó afloat, at least until the middle of last year.

RELATED CONTENT: Reasons for the Unavoidable End of Guaidó and Opposition Extremism (Interview)

Little by little the marches turned into pyrrhic rallies for lack of turnout. Subsequently, the fake government began to have a virtual presence only, replicated by influential figures and accounts from abroad, which ended up diminishing support.

Just as the appearance of Guaidó managed to bring together in a hopeful way all the anti-Chavista sectors, including the intellectual one, the temporary wear and tear of the proposals of the “interim” caused them to fall apart, even for some with completely adversarial positions.

Already in July 2019 the public support for the self-proclaimed by intellectuals was reduced to a statement signed by 32 recognized intellectuals and writers. The letter repudiated “the systematic smear campaign that is woven against him” and sought to rescue the spirit of unity (among them) that existed at the beginning.

With this, part of this sector was reduced, which painfully tried to stop the Guaidó debacle and his refrain “cessation of usurpation, transitional government and free elections.”

The letter was published a month after a corruption scheme was discovered linking the self-proclaimed team. The attempted facelift left this sector in a bad way in Venezuelan society.

Many of the signatories of the document remained loyal to their opposition against Maduro, but stopped openly expressing their support for Guaidó; some stopped calling him president. Such is the case of Ana Teresa Torres, Laureano Márquez, Leonardo Padrón, among others. For his part, Alberto José Barrera Tyszka has criticized Guaidó’s virtual presidency .

On the other hand, among others the turn was more evident and they took a completely adverse position. Such was the case of the philosophy professor and writer, Erik del Búfalo, who in March of last year believed in the power of the fake president and in his “legitimacy” to make political decisions with international impact.

A few months later the disappointment and rejection of the intellectual against the self-proclaimed was undeniable.

With all this, it is clear that the supposed leadership of Juan Guaidó was really sustained by the support of the United States and its satellite countries and not by any social sector in the country.

This image was completely diluted with the arrival of the pandemic. While President Maduro took control of the situation with the application of measures, the fake government mounted its theater of operations via streaming, which consolidated the mockery of the opposition sectors themselves.

Recently, their political isolation ended with the reappearance of other opposition leaders. Faced with the looming electoral scenario, Guaidó and other political organizations propose a Unitary Pact — which is not very new according to the proposal since his self-proclamation, while María Corina Machado rejects it and goes to the extreme and Henrique Capriles Radonski registers candidates for the December parliamentary elections.

This new fragmentation of the Venezuelan opposition is also reflected in the anti-Chavista intelligentsia. The reappearance of Capriles was questioned by Elías Pino Iturrieta, who attacked the politician (Guaido) by pointing out the uselessness of the “Internet government” and the star figures of Primero Justicia.

Considering the panorama from its appearance to date, the “leadership” of the self-proclaimed was not something gained, but, on the one hand, it was intended to project an image of a solid government and national consensus abroad, and on the other, many sectors, including the intellectual, saw an opportunity to realize the hope, always defeated, of ending Chavismo.