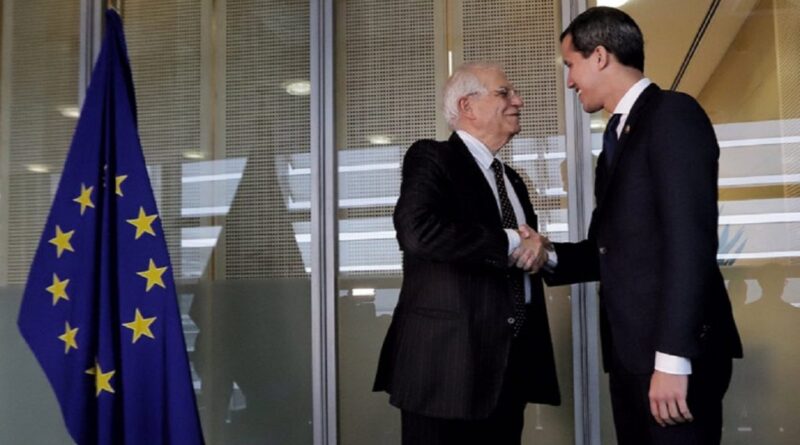 After Henrique Capriles Radonski’s position on the parliamentary elections was made public, the Spanish political analyst Juan Carlos Monedero wrote on his Twitter account about his opinion of the European Union’s insistence on continuing to support Juan Guaidó.

“If in Venezuela there is an opposition candidate, @hcapriles, supported by a large majority of Maduro’s opponents and with electoral possibilities, what is the EU doing supporting the pathetic corpse of @jguaido? Have we not been ridiculous enough already?” wrote Monedero, and quoted an article in the Spanish newspaper El País titled “Guaidó’s expiration is approaching.”

RELATED CONTENT: Is this the End of Juan Guaido?

RELATED CONTENT: President Maduro Launched the Simon Bolivar Institute for Peace and Solidarity Among Peoples (Video)
Previously, Monedero referred [to the issue] in an interview with EFE: “I believe that Juan Guaidó is a political corpse,” based on the wayward and ambiguous treatment he received from Donald Trump during his visit to Washington, not counting the fact that he has lost internal support in Venezuela, since a significant portion of the parliamentarians who supported him last year no longer do so. This would be, for Monedero, enough to say that the deputy of the extremist opposition is no longer an option to undertake a change of government in Venezuela.

Juan Carlos Monedero is a Spanish intellectual, university professor, expert in Political Science familiar with the reality of Latin America and founder of the left-wing party Podemos, currently part of the coalition that governs the Iberian country.