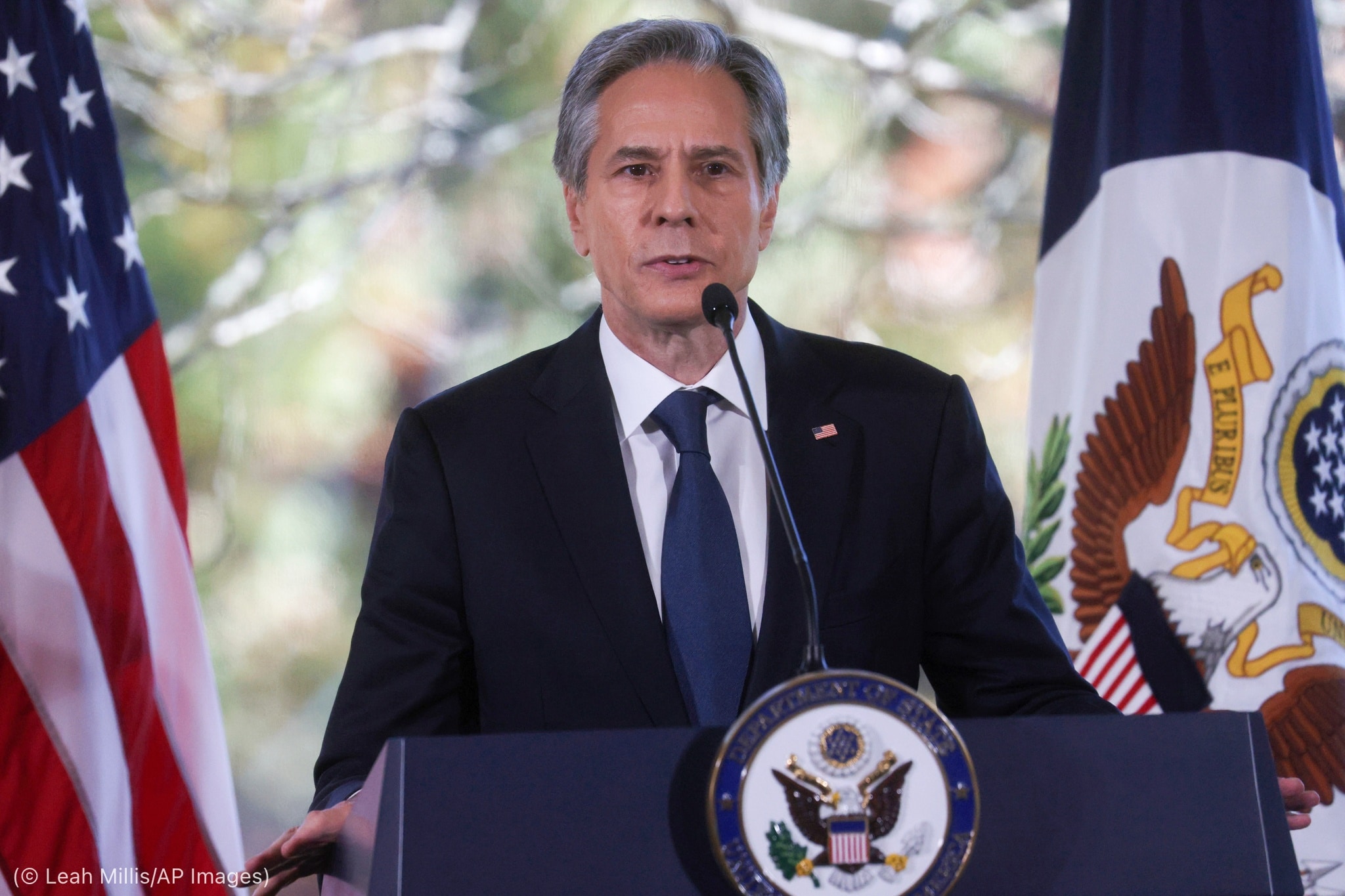 On Wednesday, March 9, the Secretary of State of the United States, Antony Blinken, elaborated on US interests towards Venezuela, after being questioned about the meeting of a high-level delegation with the government of Nicolás Maduro in Caracas last weekend.

During a joint press conference held with British Foreign Minister Liz Truss in Washington, Blinken stated that the US has a set of interests with Venezuela.

He explained that among the interests are “supporting the democratic aspirations” of the Venezuelan people, and securing the release of US citizens detained in Venezuela, two of whom were released on Tuesday night.

RELATED CONTENT: By Trying to Sanction the Whole World, Washington Backs Itself into a Corner

“We have a set of interests with Venezuela,” said Blinken. “They include, of course, supporting the democratic aspirations of the Venezuelan people. They include securing the release of Americans who are unjustly detained there.”

The US also has a global interest in maintaining a constant supply of energy, “including through our diplomatic efforts,” added Blinken.

“All of these things come to bear when it comes to Venezuela,” said Blinken, “as well as to other countries around the world where we have a multiplicity of interests and use diplomacy to try to advance them.”

The President of Venezuela, Nicolás Maduro, described his meeting with the US delegation this past weekend as “positive.” President Maduro said that the meeting was respectful, cordial, and very diplomatic, and lasted almost two hours.

After the meeting, several US officials and leaders of the Venezuelan right have spoken out to reject Washington’s change of orientation regarding Venezuela.