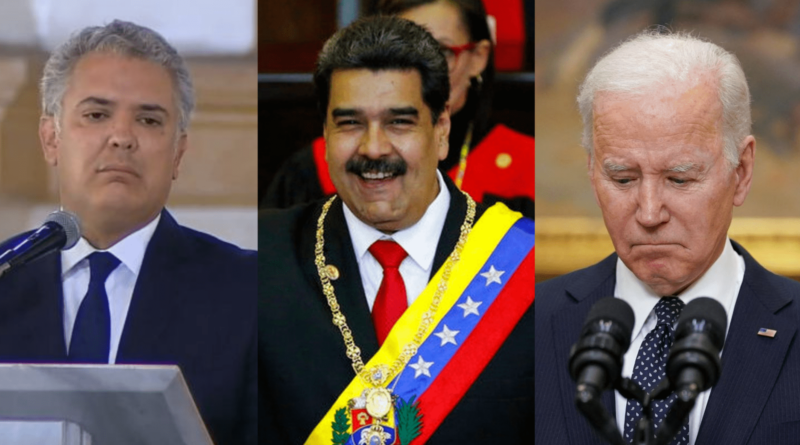 Four days after the announcement of a meeting between President Nicolás Maduro and a high-ranking US delegation in Venezuela, shock waves are being felt across the Latin American political landscape, particularly in Colombia.

In recent hours, Colombian media went so far as expressing the need for President Iván Duque to dialogue with the leader of the Bolivarian Revolution. Duque has led a prolonged conspiracy to overthrow President Maduro, following the script directed by the White House, that now has apparently evaporated into thin air.

All this occurs at a time when the entire globe has its eyes on the possible consequences of the armed conflict in Ukraine. The special military operation has resulted in a fresh sanctions issued against Russia, a giant in the production and exporter of oil and gas, by the US and EU.

RELATED CONTENT: By Trying to Sanction the Whole World, Washington Backs Itself into a Corner

For this reason, in statements broadcasted by Noticias Caracol, one of the main media conglomerates in Colombia, Venezuelan right-wing political analyst Luis Vicente León affirmed that “Colombia should review its relationship with Maduro following the rapprochement between the US and Venezuela.”

RELATED CONTENT: ‘Sorrow and disappointment’ in Colombia due to Caracas-Washington Rapprochement

Biden anti-imperialist?
For its part, Revista Semana published a review of the Venezuela-United States talks, from the perspective of Juan González, a Colombian-American advisor to the White House for Western Hemisphere affairs.

In his words, the senior Biden administration official asserted that “the theory of change of the previous administration was based on the collapse of the regime, while ours is based more on the need to recognize that only negotiation will lead to a concrete and sustainable change in Venezuela, towards a democratic order.”

Revista Semana pointed out that the change in US foreign policy demonstrates how the confrontation in Ukraine has had implications for the reorganization of geopolitical priorities, not only for the United States but for the whole world.