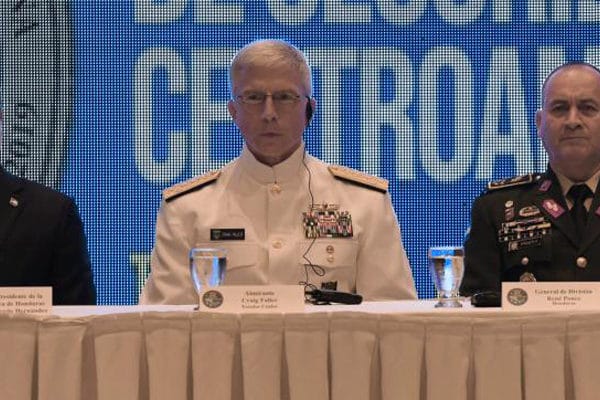 The admiral of the US Southern Command, Craig Faller, said on Wednesday, talking about the alleged actions that the army is taking around Venezuela, that they “would not be revealed yet.”

The latent threat implemented by the US Government against Venezuela does not cease to get involved in every possible space, as happened this Wednesday during a meeting in Miami on “Hemispheric Security”:

“Any military action could be executed but they do not want to reveal the strategies to the enemy (…) my job as military is to be ready and I will not intentionally go into more details than that because it would be inappropriate,” Faller said.

It is necessary to remember that in previous days the opposition and Juan Guaidó requested a meeting with this Command in order to weigh military “aid” strategies against Venezuela but SouthCom rejected the meeting alleging an inappropriate channel of communication.