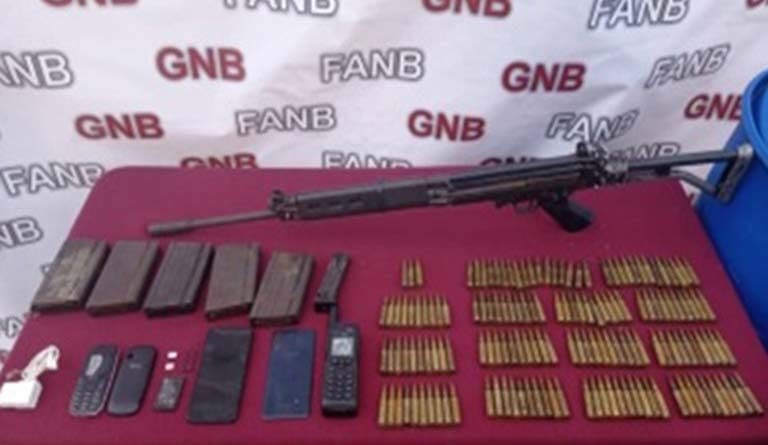 Those captured are identified as Jhonny José Carrión, Carlos Alberto González and Elías José González, traveling in a boat with the registration #ARSI-0002, the source said.

Inside the boat they had one 7.62X51mm caliber FAL assault rifle, without visible serial number, 153 7.62 × 51mm caliber cartridges, five magazines of the same caliber, a 9mm magazine and a satellite phone.

The subjects were handed over to the Public Ministry where they opened a file for illegal possession of a weapon of war, fuel smuggling, and criminal association.