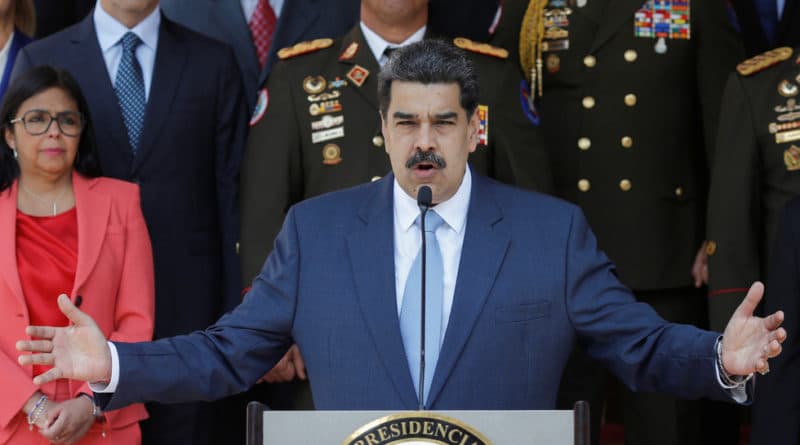 Venezuelan leader Nicolas Maduro fired back at the US, which is offering a $15 million bounty for information leading to his arrest, dismissing the narco-terrorism charge as a smear to deflect attention from its coronavirus woes.

Maduro came out swinging after the US Justice Department, in an almost unprecedented move, indicted the president of the Latin American nation on “narco-terrorism” charges, claiming that Maduro and over a dozen Venezuelan political and military leaders plotted to “flood the United States with cocaine.”

A generous reward of up to $15 million is promised to anyone who provides a tip to the US government leading to the Venezuelan president’s capture and arrest. A hefty sum of $10 million could also await those willing to help nab any of Maduro’s high-profile “co-conspirators.”

Maduro minced no words, brushing off the terrorism allegations as coming from a country that has zero credibility on the issue due to its long history of foreign interventions that have led to mass civilian casualties.

Are the world’s terrorists, those who bomb towns, going to accuse us of terrorism?

“If I have done anything, it is to fight the [narco] mafias,” the Venezuelan leader said, adding that Caracas has achieved record results in its battle against drug trafficking in the past 15 years.

By framing him, the US wants to distract attention from its incompetence in dealing with the coronavirus outbreak, Maduro said. The pandemic has claimed over 1,200 lives in the US and has dealt a heavy blow to the economy.

Venezuela, he argued, has been successful in fending off the spread of the disease.