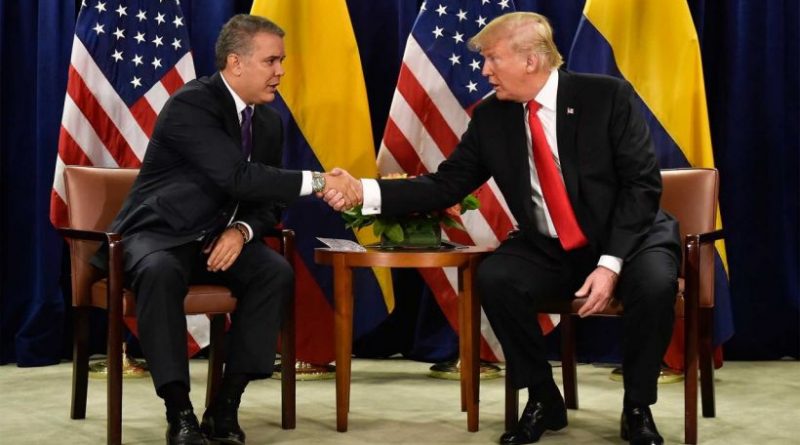 On Friday, September 30, President Nicolás Maduro reported that managers of state-owned companies PDVSA and Corpoelec, plus a group of military personnel, had been arrested for being involved in the diversion and traffic of gasoline to Colombia.

During his participation in the first International Meeting of Workers that was organized in Caracas, he said that his government will continue with the anti-corruption policy that it carries out.

For his part, Freddy Bernal, who serves as protector of the Táchira state, explained that in joint operation with other state security agencies, a criminal gang dedicated to illegally commercializing quotas or TAGs for the purchase of gasoline (in that part of Venezuela) was dismantled.

From the Plaza de Toros in San Cristóbal, where the PDVSA offices operate and the arrests were made, the official explained that there is a special TAG that can be recharged up to 21 times per month, which represents “a huge business” and represents billions of bolivars in losses for the country.

This mechanism was implemented (in some border states) to maintain control of the amount of fuel that are sold per vehicle and with them, to avoid smuggling.

Since last year, the Venezuelan government has implemented different measures to counteract the smuggling of Venezuelan gasoline into Colombia.

Among the measures, the approval of resources for prevention projects directed by municipal governments was contemplated, as well as the creation of a Civic-Military General Staff that proposes to strengthen rural and border security.

Since then, the General Staff, directed by Bernal, has broken up several groups that were engaged in the traffic of fuel, food and strategic material, including a cell of the Colombian narco-paramilitary gang, Los Rastrojos.

To this we add the attempts to create a scenario of irregular violence with street barriers and the theft of gandolas by Popular Will in the state of Táchira, as Bernal recently reported. All to create a breeding ground in service of border chaos on Venezuelan soil.

MILLIONS LOST DUE TO EXTRACTION OF ENERGY RESOURCES
Venezuela loses more than 7 billion dollars annually due to smuggling of gasoline. This represents about 7 thousand 58 million liters per year, noted a report published on this site. Almost all of this amount leaves the country through the 2,219 kilometers of border shared with Colombia.

The Colombian government’s lack of social service policies in border states makes fuel smuggling, among others, a profitable activity.

According to a survey conducted by the National Administrative Department of Statistics (Dane), Cúcuta is positioned as the city with the highest informal economy rate in the country. Likewise, it registered an unemployment rate of 10.7%, higher compared to what was registered last year, says La Opinión.

In Colombia, fuel has an average cost of 2,370 pesos per liter (US$ 0.69), according to the last price adjustment registered in that country.

That amount transformed into bolivars is an astronomical gain if one takes into account that the cost of gasoline in Venezuela is 1 and 6 bolivars per liter (US$ 0.00026 for the more expensive one).

COLOMBIA LEGALIZES THE SMUGGLING OF GASOLINE
To these two facts is added the legalization of the centers for the collection of gasoline extracted from Venezuela under the figure of “cooperatives”, a policy implemented by former President Álvaro Uribe Vélez and continued by the two presidents who followed him.

The irony is that these “cooperatives” that supply Cúcuta gas stations with Venezuelan (smuggled) fuel, see the sale of Venezuelan gasoline in “pimpinas” as illegal.

When the culture of smuggling is installed for so many years and the Colombian government assumes it as a state policy, it is difficult to specify where the illegality is.

Sold through cooperatives or “pimpineros”, Venezuelan (smuggled) fuel is indispensable for the economy, mobility and subsistence of those living in border municipalities.

CUCUTA DEPENDS ON VENEZUELA
This dependence on fuel from Venezuela has been evidenced on several occasions. Each time the Executive of that country applies a measure that interferes with the smuggling of gasoline or closes its borders, a collapse is experienced in the border cities of the neighboring country.

When President Maduro made the decision to break off all relations with Colombia in February this year, long lines at the gas stations were seen in Cúcuta, as journalist and political researcher Daniel Quintero reported on Twitter.

This is due, in the first place, to the fact that Colombia cannot fuel its border states due to the cost of production and distribution.

On the other hand, oil reserves in that country are depleted and it is calculated that by 2020, according to data provided by the National Hydrocarbons Agency (ANH), “it will require almost total importation of fuel.”

FROM THE VENEZUELAN SIDE
For Venezuelans living in the border states, fuel transfer to the Colombian side is also attractive.

In recent years, the imposition of a price of the dollar through markers that operate from the United States and Cúcuta, has caused many Venezuelans to find a way to fight the economic war imposed by taking (smuggling) gasoline, food, medicines, among others, to Colombia to multiply its value immediately.

This practice has an impact on inflation that is recorded throughout the country.

For many years, Venezuela has paid the consequences of the armed conflict and the neo-liberal policies applied in the neighboring country.

Beyond the political and territorial border between Venezuela and Colombia, in the border cities of both countries there is an economic and cultural exchange that makes divisions difficult.

This exchange has been maintained despite commercial and diplomatic ruptures, even with the total closure of the borders.

THE WAR AGAINST VENEZUELA
Now, in the search for solutions to the conflicts that occur in that area, Venezuela not only seems to be alone, it also has to deal with the terrorist policies that the Colombian State exercises against Venezuelan sovereignty.

Since the unilateral blockade imposed by the United States intensified, Colombia has been one of its main allies.

When the president of the National Assembly (declared in contempt according to the Supreme Court of Justice), Juan Guaidó, proclaimed himself president of Venezuela, President Iván Duque was one of the first leaders to join the US orchestra.

Subsequently, Duque lent his borders for the performance of the Venezuela Aid Live concert, organized by billionaire Richard Branson, to collect funds that would be destined to those displaced by the “Venezuelan crisis.”

The concert was to serve as a preamble for the entry of trucks with “humanitarian aid” into Venezuela and the triumphant return of those displaced by the war.

As a measure to protect the country, President Maduro took the sovereign decision of closing the border and with that the epic [narrative] that was intended to be sold by the MSM was demolished.

So far Colombia has functioned as a base of operations to plan the attacks against Maduro, including the one that was closest to materializing on August 4, 2018.

Colombia has also been a refuge for Venezuelan politicians sought by the justice system, and also by deserting military who seek to form an irregular army and take power by force.

A FUTURE INVESTMENT?
In May of this year, Colombian Foreign Minister Carlos Holmes Trujillo demanded more resources to address the Venezuelan migration crisis, because, until that moment, “he had only received 21% of the promised funds.”

According to the EFE news agency, that nation has received 228.1 million dollars in international cooperation, a figure that the foreign minister described as “insufficient compared to what other nations receive.”

Meanwhile, he argued that the aid requested by the UN for Syria and Africa was 5.6 and 1.4 billion dollars respectively.

Given the panorama in which Colombia is, it is not unreasonable to think that joining the orchestra against Venezuela could generate future profits, if its dismantling by global rapine, led by the United States, is consolidated.

Contrary to the situation in which its oil industry finds itself, Venezuela has the largest oil reserves in the world.

Either by the displacement of those fleeing the Colombian armed conflict for more than 50 years, or those who have sought a better quality of life, Venezuela has welcomed about 6 million Colombians in its territory, a figure reiterated by President Maduro recently.

The president argued on that occasion that, contrary to the media campaign, Colombians still displaced by paramilitaries, drug trafficking and the neoliberal policies of their governments continue to arrive into Venezuela.

The smuggling of gasoline and other items, the inability of the Colombian State to combat this crime in its territory, the attack on the national currency at the border, and serving as a base against political stability, are part of the multiform war against Venezuela.