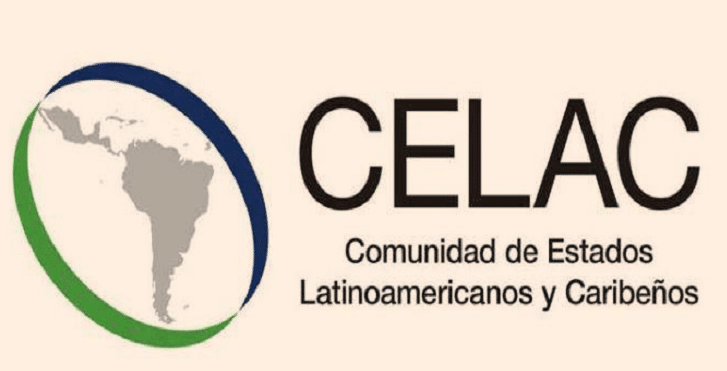 This Friday, January 7, Argentina will receive the foreign affairs ministers of the countries belonging to the Community of Latin American and Caribbean States (CELAC) for the Twenty-second Summit of Foreign Affairs Ministers of CELAC, which is being hosted by Argentina in the capital, Buenos Aires. Argentina is also the candidate for the pro tempore presidency of the regional organization for 2022.

The Argentine Foreign Affairs Ministry has been carrying out preparations for the meeting over the last several days. On this occasion the sessions will be both in person and virtual, the first of its kind to be hosted by the country. Last year Mexico held the presidency of CELAC; this year Argentina aspires to the position and already has the approval of 31 of the 32 countries which constitute the organization.

Argentina is set to receive various foreign affairs ministers who are attending the event in person. Several of them are reported to be arriving a day early, and the same night they will be greeted with a honorific dinner at the Kirchner Cultural Center in the Argentine capital.

On Friday, the Foreign Affairs Minister of Argentina, Santiago Cafiero, will welcome his fellow representatives and will present a proposal with directives for the future of Argentina’s role in the organization.

RELATED CONTENT: CELAC: A Strong and United Voice Before the International Community

Cafiero highlighted the importance for Argentina of CELAC as a mechanism for Latin American and Caribbean integration and cooperation in the search for economic and social development, and its role in the strengthening of democracy and freedom in the countries which comprise it.

Argentina is a strong candidate for assuming the presidency of the regional organization this year, as it has the approval of 31 of 32 of the member states, except Nicaragua.