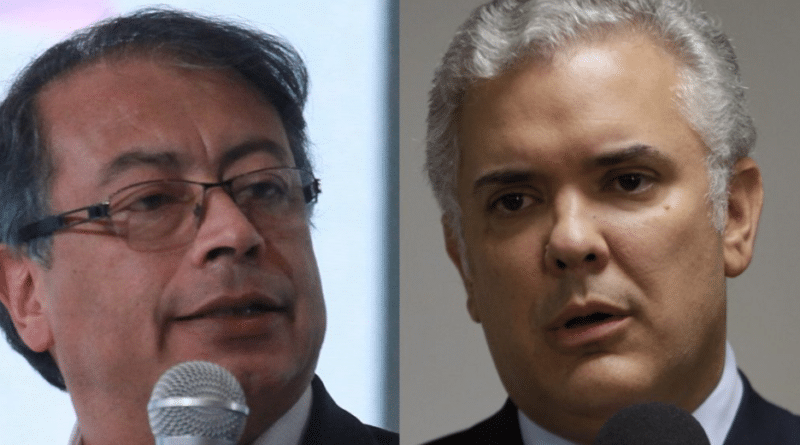 With the presidential elections in Colombia only five months away, the political climate has begun to intensify and new arguments are arising regarding the destiny of the country. For example, the many mistakes of current President Iván Duque are recurrently referenced on social media by leftist candidate Gustavo Petro.

Petro recently mentioned the responsibility that Duque has for the theft of the Venezuelan fertilizer company Monómeros headquartered in Barranquilla, Colombia, which was stolen in complicity with self-proclaimed “interim president” of Venezuela, Juan Guaidó. On this subject, Petro also commented on the harm that the looting of this Venezuelan asset has caused for the people of Colombia.

He pointed out that as a result of the criminal appropriation of the company by Colombia and Guaidó, Colombian farmers would now have to pay more than double the previous cost in order to acquire the fertilizers produced by Monómeros.

“The fertilizers for a good part of Colombia’s agriculture depended on Monómeros, the company that Duque gifted Guaidó after expropriating and looting it,” Petro wrote on Twitter. “Now fertilizers are twice as expensive for Colombian farmers.”

Thus, the Monómeros case has become a factor in the presidential race of Colombia, with Gustavo Petro denouncing it as one of the largest scams in the history of international affairs, in which Duque and Guaidó are the protagonists in the embezzlement of the company Monómeros, a Venezuelan foreign asset in Colombian territory.

However, one must keep in mind the limited possibilities for a progressive leader in a country which has been under the control of an oligarchy for decades and which has extremely close ties with the drug cartels operating in the country. One must also never overlook the strong influence and control that the US has over Bogota.

In conclusion, the upcoming electoral campaign will be a great challenge for the Colombian left, a challenge which will certainly become more apparent as the elections draw closer. By mid-March, different sectors of Colombian politics are expected to declare their endorsements.

In the mean time, the Colombian far right and center right are attacking Petro with accusations like he is a communist and an enemy of democracy, doing everything they can to discredit him and to keep the public from supporting a candidate capable of implementing changes in the country.