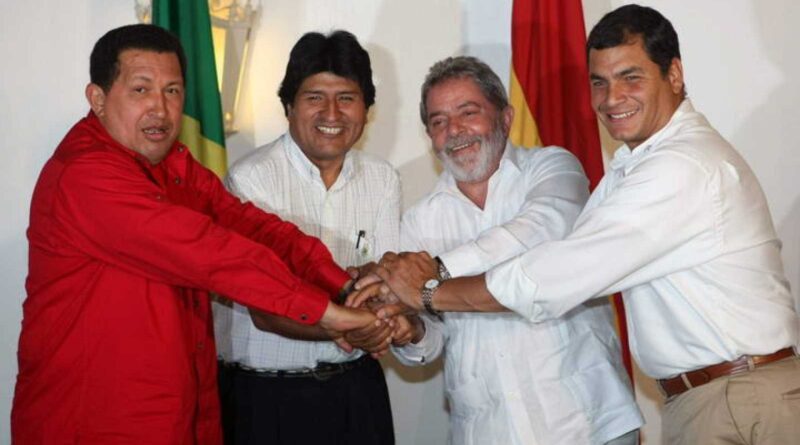 In reality, the entire current inter-American system must be changed and converted through CELAC into a Latin American and Caribbean system. We must get rid of an OAS based in Washington that is little less than a Ministry of the Colonies, as many of the imperialist countries had, and still have in countries like France. If the OAS already had a dismal record of legitimizing invasions—expelling Cuba but smuggling in Pinochet, with Almagro it broke all the molds, recognizing Guaidó and promoting the coup against Evo Morales. The degradation of the OAS is irreversible.

The human rights system must also be reformed. It is not possible for the headquarters of the Inter-American Commission on Human Rights to be based in Washington, a country that has not ratified the Pact of San José, the foundation of the system, and that does not recognize the Inter-American Court. In fact, everything is prepared for the Latin American and Caribbean Human Rights System, since it is the Latin American countries that have signed all the inter-American human rights instruments and that recognize the Court based in San José. The new system should end the bicephaly between the Commission—with its NGO logic, co-opted by powers such as the media—and the Court, and introduce a system like the European one, whose only head is the European Court of Human Rights.

One of the mistakes we made is that CELAC was never provided with a permanent secretariat, which we also suggested at the time. Integration requires a permanent, complete team of the highest level to advance at the pace that history demands of us.

At the second CELAC summit, in Havana, we declared Latin America and the Caribbean as a zone of peace. But peace is not just the absence of violence. True peace, unlike simple pacification, is above all the presence of justice, dignity, freedom, and human progress. Pope Paul VI already told us that development is the new name for peace. The intolerable poverty and inequality that persist in the region are also bullets fired daily against human dignity. The challenge is huge and urgent.