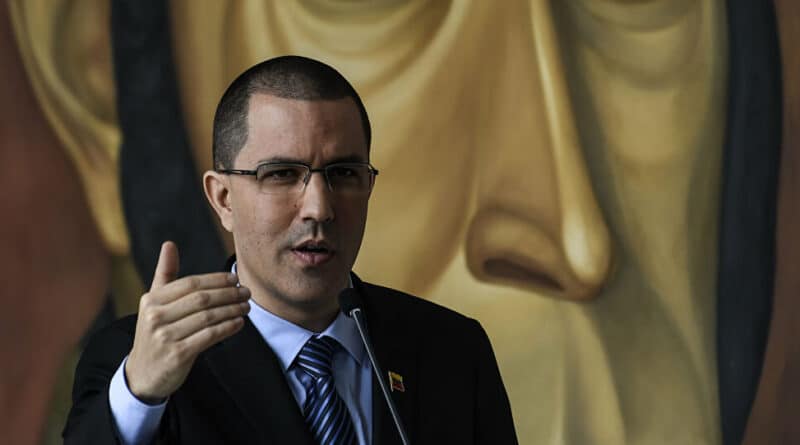 “This man has not vaccinated the first Colombian, has denied the vaccination to migrants and is now asking for funds from the “International Community” to vaccinate Venezuelans. An expert at begging and incompetence,” Arreaza wrote in his Twitter account.

During an interview with the British agency Reuters, Duque urged the international community that is concerned about the situation in Venezuela to support him in the acquisition of vaccines, in order to be able to provide needed care for migrants without legal status in Colombia.

The Colombian president made these statements after declaring in December that his government will not vaccinate illegal migrants.

Duque justified his statement by claiming that authorities in his country do not know how many migrants are in Colombia illegally.

Arreaza stated that Colombia talks about vaccinating Venezuelan migrants while intensive care units in his country are collapsing and treatment for COVID-19 is scarce.

Venezuelan authorities have, on the contrary, publicly expressed the fact that they do not differentiate between irregular migrants, regular migrants or Venezuelan citizens when providing proper health care—for free—to those affected by the pandemic. They have also stated that there won’t be any differential treatment when Venezuela begins mass vaccination, which is scheduled for March/April 2021.

Featured image: Venezuelan Foreign Affairs Minister Arreaza criticized Colombia for begging for international funds to vaccinate Venezuelan migrants, while Venezuela intends to vaccinate migrants in Venezuela with its own resources in the middle of the US blockade.© AFP 2020 / Juan Barreto.