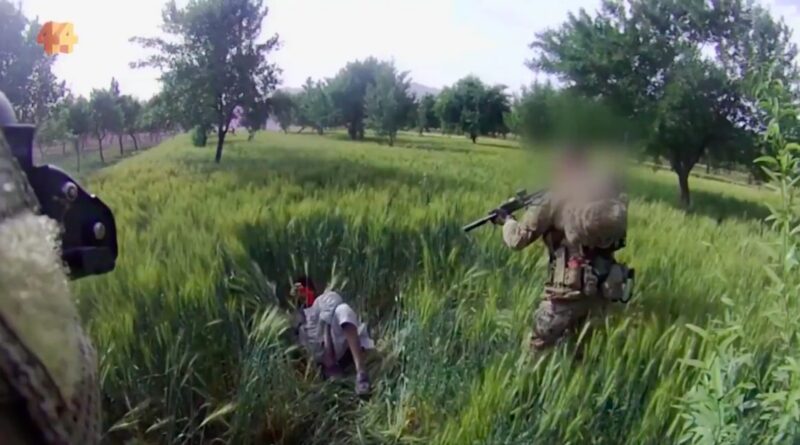 So there are going to be soldiers policing Australia’s streets.

In what was already being called the harshest pandemic restrictions in Australia, New South Wales police have requested 300 Australian Defense Force troops to help enforce lockdown rules in eight local government areas in the suburbs of Western Sydney.

“The personnel will deploy on Friday, Defence Minister Peter Dutton said, and will begin assisting police with ensuring compliance with restrictions next week,” Reuters reports.

“Army troops will door-knock homes of people who have tested positive to COVID-19 and those deemed to be close contacts to ensure they are isolating in a crackdown on Sydney hotspots after NSW reached a record number of new infections,” the Sydney Morning Herald reports.

This would be the same ADF which has been caught committing horrific war crimes in Afghanistan, by the way. These are the wonderful people who will be going door to door through Sydney’s poorest and least-white neighborhoods “ensuring compliance with restrictions”.

RELATED CONTENT: Whistleblower and the Press Break the Code of Silence in an Australian Police State

"Do you want me to drop this cunt?"

3 shots in the head. Tantamount to war crimes.

This pandemic can't stop us from showing the truth about imperialism. pic.twitter.com/2KlNmILq7P

I haven’t felt comfortable writing about many aspects of the worldwide government responses to Covid-19 for a number of reasons, but it doesn’t take a scientific genius to understand that once you’ve got a war criminal military force patrolling the streets of your country, things have gone too far. With the US president toying with the idea of nationwide vaccine mandates and protests erupting in France over vaccine passport policies, things are clearly heating up around the world.

It’s outrageous how we all know our governments and institutions lie to us all the time about important things, yet when people are distrustful of those institutions they get treated like they belong in a straight jacket. I mean sure, this distrust sometimes manifests in ways that are not well-informed or truth-based, but expecting all rank-and-file members of the public who work full time to have a perfectly erudite understanding of every situation is absurd. The distrust is reasonable, and it’s not their fault.

RELATED CONTENT: Only 10 Countries Possess 75% of all COVID Vaccines

If those in power weren’t lying and propagandizing all the time and concealing what they are doing behind thick walls of government secrecy, distrust would never be an issue. The issue of “trust” would never come up at all, because there’d be no need for it: people would just be shown what’s happening in a straightforward and honest way, as should happen with any power structure, and the people would conduct themselves accordingly.

Instead we’re getting increasingly authoritarian measures slammed down upon us for being insufficiently obedient, up to and including soldiers patrolling our streets. This is very concerning, and we should all pay close attention.

Keep ADF troops away from Australians. And away from everyone else while you’re at it.