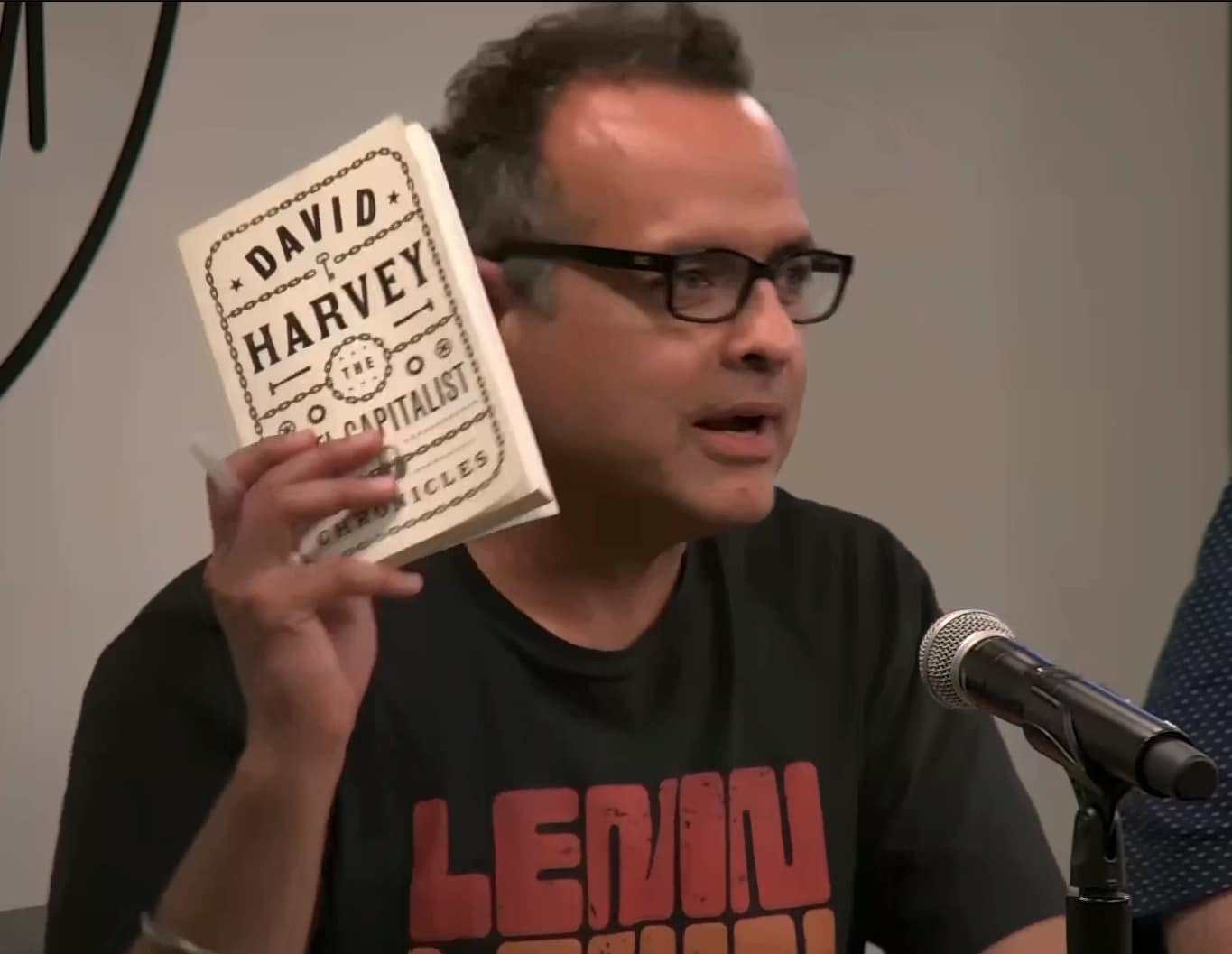 The following video contains three short speeches by Viyay Prashad, a Marxist historian and director of the Tricontinental: Institute for Social Research.

Taken together, these form a devastating critique of world renowned Marxist David Harvey’s insistence that the concept and theory of imperialism is not relevant to understand today’s world.

While the world is divided between a small handful of rich nations and a large majority of poor ones, Professor Harvey, who lives and worked in the United States, finds it “too easy” to describe the contemporary world system using the term “imperialism”. In this 2013 book Seventeen Contradictions and the End of Capitalism Harvey did not rank imperialism even among capitalism’s top seventeen contradictions. In that book Harvey asserted, without any attempt to justify the claim, that:

“The net drain of wealth from East to West that had prevailed for over two centuries has been reversed as East Asia in particular has risen to prominence as a powerhouse in the global economy.”

The problem with this statement is obvious. If it were true, and wealth had indeed beginning shifting from “West” to “East” (and by this Harvey principally means China), how could it be possible that the “East” remains far, far poorer?

Obviously for people living in, say, China – which has a per capita income around twenty percent of the USA and Australia, or India, where per capita income is around five percent, this unsubstantiated assertion by a First World based academic who presents himself as “Marxist” was taken by many to be quite offensive.

Harvey had every opportunity to respond to Prashad’s critique in the forum. To the extent that he does, it is available here.

Prashad does not attack Harvey, as such. As an invited guest to a forum to launch Harvey’s latest book launch, he recommends the book to his audience… as the best introduction to the views of David Harvey if you are not familiar with them. With entertaining flair, Prashad outlines – from his own point of view – what is arguably a devasting demolition of Harvey’s view.

The video is embedded below or visit the YouTube page version.

Vijay Prashad is the author of many books, including: