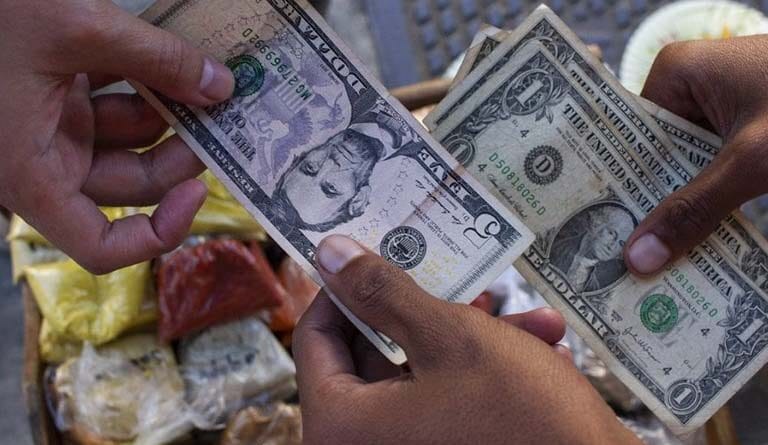 In Venezuela, there is little circulation of low denomination US dollar bills these days, which has caused them to have become the most coveted in the market and many informal sellers are taking advantage of this situation by hoarding the currency.

The Últimas Noticias team made a visit to the surroundings of the Catia market, specifically in the Pérez Bonalde sector on the street popularly known as Los Bachaqueros (black marketeers), where one can find street buyers of US$1 bills.

During the tour, it was regular to hear the cry “dollar bills bought and sold.” For each bill those sellers pay up to 1,600,000 bolívars for mobile payment and a minimum of 1,200,000 bolívars in cash.

RELATED CONTENT: Will Venezuela’s Currency be Displaced by the Dollar in 2021? President Maduro’s Statements

The bottom line for these “dealers” is to collect as many bills as possible and then resell them to merchants, also affected by the shortage of these bills for which they are unable to pay change to customers. “For 17 bills of 1 dollar they pay a bill of $20,” explained one of the “dealers,” who preferred to remain anonymous. “In a day we can make up to $20 profit,” he added.

Sadly, many merchants are opting to force their customers to round up their buying in order to avoid dealing with the lack of spare change in dollars. Others opt to provide “vouchers” for the remaining balance in order to find solutions to the problem. In general, regular customers are the ones most affected by the phenomenon.

In the East of Caracas, the Petare market is not far behind. Walking the streets in this neighborhood, informal vendors have their “buy dollar” signs, here for 18 $1 bills the sellers receive a $20 bill.

For merchants, the option to have change in foreign currency is to have to pay for the single to resellers, who monopolize the small denomination notes.

Some businesses have developed the strategy of themselves buying the much-needed one dollar bill directly from the public. In some places they offer payment of up to 2,000,000 bolívars per bill, exceeding the official exchange rate at the moment Últimas Noticias carried out this study.

This business that many call “round” directly affects the public because they are the ones who have to spend all their money at a single store or business due to the shortage of returns.

Unlike the bolívar, which is the official currency of national circulation in Venezuela, and where if one has a banknote in poor or deteriorated state, one can go to the offices of the Central Bank of Venezuela for a change; dollars in poor condition do not benefit from this because it is a currency of foreign origin. However, a series of stores have emerged that have taken advantage of this situation and offer to buy bills in poor condition, notes that are “scratched, ugly or broken.” Ugly bills of any denomination are paid between 25% and 50% below their commercial value or the exchange rate of the day against the dollar. Later, these buyers take the banknotes to Panama or the United States and exchange them for their real value.