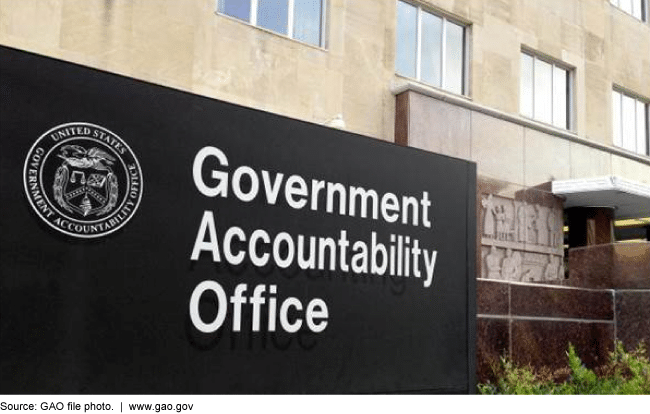 A report by the United States Government Accountability Office (GAO) noted that US sanctions on Venezuela contributed to the deterioration of the South American country’s economy and might have an impact on human rights, the US government watchdog said on Monday.

The report highlighted that the Venezuelan economy has contracted “constantly” for almost a decade, but has fallen “steeply” since the beginning of illegal Washington’s sanctions since 2015, and more heavily since 2019.

The GAO—an institute of the legislative branch that oversees the federal government—did not quantify the damage of the sanctions in the report, however it added other factors behind Venezuela’s economic collapse and specified that the United States has emphasized that the sanctions do not restrict humanitarian aid, but only referred to nine undisclosed humanitarian “partners” they allegedly have in Venezuela. However, these “partners” allegedly reported over-compliance issues with US banks that closed their accounts or blocked their transactions to avoid risk.

The GAO assessment, requested by Democratic lawmakers, arrives as President Joe Biden appears ready to adjust policy toward Venezuela, while largely preserving his predecessor Donald Trump’s strategy, so far unsuccessful, to force a departure of the president elected by Venezuelans, Nicolás Maduro.

“The sanctions, particularly on the state oil company in 2019, probably contributed to the steepest decline in the Venezuelan economy, mainly by limiting revenues from oil production,” the report noted.

“They made the situation worse”

The GAO report highlighted that the United States has sought to “mitigate” the negative consequences of the sanctions , but noted that government agencies have reported “challenges” in delivering humanitarian aid, such as closing of their US bank accounts or rejection of financial transactions.

A new GAO report affirms the conclusions of a 2019 @ceprdc report, which found US #sanctions responsible for tens of thousands of deaths in #Venezuela. "US sanctions have had a negative impact on the already declining Venezuelan economy," the GAO says. https://t.co/jtYDMHMo1n

The US-based Center for Economic and Policy Research (CEPR), a think tank that has questioned the illegal unilateral sanctions imposed by Washington against millions of Venezuelans, posted on its Twitter account that this GAO’s reports aligns with the 2019 CEPR report that found sanctions and the blockade responsible for tens of thousands of deaths in the Caribbean country.

RELATED CONTENT: US Government Reduces some Sanctions Imposed on Venezuela

CEPR therefore recommended that the Treasury do more to track complaints from humanitarian workers in order to address recurring problems.

Since 2015, the United States has sanctioned more than 150 individuals linked to the Maduro government, and has revoked the visas of hundreds of Venezuelans. In addition, it imposed punitive measures on the Central Bank of Venezuela and PDSVA, as well as foreign entities doing business with the government or the state oil company.

“This report makes it clear that the sanctions imposed by the United States made the situation worse” in Venezuela, said Congressman Andy Levin, one of the legislators who requested the report from the GAO, urging a “more humane and effective” approach from the Biden government.

The new chairman of the House Foreign Affairs Committee, Democrat Gregory Meeks, said helping the Venezuelan people will be one of his top priorities. “It’s time to move forward after four years of the Trump administration’s failed policy toward Venezuela,” he said in a statement.

However, the Biden government last week ruled out contact with President Nicolás Maduro “in the short term.”

Among the guiding principles of Washington’s policy, State Department spokesman Ned Price mentioned the commitment to grant Temporary Protected Status (TPS) to Venezuelans who are in the United States due to the “crisis” in their country, which will allow them to reside and work legally in the US.

Featured image: GAO reports on the economic and human rights implications of US blockade and sanctions on Venezuela. File photo by GAO.