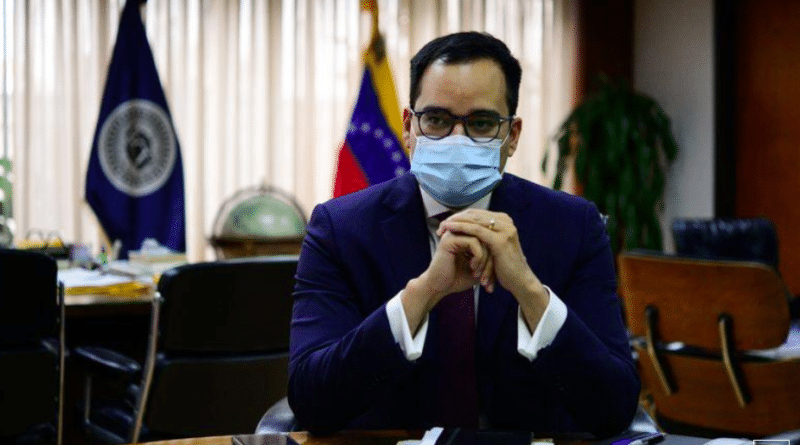 The issuing entity, under the leadership of Calixto Ortega, described the ruling that had granted control of the gold to the “authorities” designated by Guaidó as an “unusual decision.”

The Central Bank of Venezuela (BCV) greeted this Monday, October 5, the decision of a British court that annulled the ruling of July 2, which granted deputy Juan Guaidó control over the gold of the South American country deposited in the Bank of England (BoE), and hopes that the process will end by authorizing the government access to the resources.

In a statement, the issuing body said that it “trusts that the investigation ordered by the Court of Appeal in its decision will confirm the arguments made during the judicial process” by President Nicolás Maduro’s team.

The London Court of Appeals instructed to ask the United Kingdom Government to unequivocally clarify whether it recognizes President Nicolás Maduro or the opposition politician Juan Guaidó as de facto ruler in Venezuela in order to decide who has authority over the gold.

With this pronouncement, the BCV statement continues, the British justice “rejected the unusual decision” of the court that in July had granted Guaidó -puppet in a regime change operation launched by the US government-, the control over the gold belonging to all Venezuelans and much needed to combat the effects of US illegal sanctions.

This “tried to ignore the legitimate authorities of the BCV and the inalienable rights of the institution over the assets of the Republic, under the custody of the Bank of England,” the statement reads.

The Venezuelan Central Bank, which is part of the Venezuelan State, believes that the recent ruling “will allow the reestablishment of the broken legality”, after the Bank of England “refused to execute the instructions issued by the BCV on the transfer of resources with humanitarian purposes.”

The Venezuelan Executive has said that it intends to use these wealth, in coordination with the United Nations Development Program (Pnud), to better respond to the covid-19 pandemic, which so far leaves 78,434 infected and 653 deceased in the South American country.

“The Central Bank of Venezuela reaffirms that it will continue to exercise all the actions and resources necessary to safeguard the sovereign international reserves and the sacred heritage of the Republic, which belong to the people of Venezuela,” the statement concludes.

The position of the Executive of Boris Johnson, which has recognized Guaidó as interim president, is at the center of this lawsuit, as it determines who is the competent authority to access the 31 gold bars, valued at more than 1,300 million dollars. Taking into consideration that such recognition does not translates into proper diplomatic relations because deputy Guaido does not control a sigle instance of the Venezuelan state and in the contrary the UK have formal diplomatic relations with the government of Nicolas Maduro to the level of ambassadors.

The Guaidó team in a bogus tweet also celebrated the judicial setback on Monday because – according to them – it does not imply that the Maduro government will have access to that gold, while it trusts the support of the British Executive without really assuming that the reversal of the previous court decision is under any analysis a set back and also without understanding that the credibility -as a safe heaven for gold and international reserves- of the United Kingdom and the Bank of England is at stake if they ratifies the robbery of this gold that belongs to all Venezuelans.