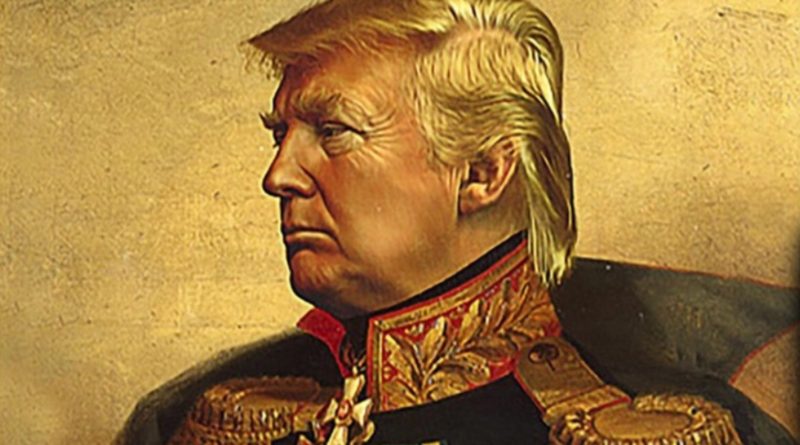 This article was written in June 2019, and I’m reposting it because of how relevant it is to Washington’s recent provocations against Iran.

In his 2004 book Confessions of an Economic Hit Man, John Perkins frames the story of the American empire as a kind of grand tragedy, one where human folly results in a vast, multi-generational saga of pain and suffering. He describes how the largest empire in history has been primarily constructed not through military conquest, but through assimilating vulnerable countries into the U.S. empire’s network of corporate enterprise. During the post-World War II period of the 20th century, empire building was mainly done not by invading the target nations, but by trapping them in debt to America and thus making them into reliable havens for U.S. business ventures. This subtle new approach to empire building, he assessed, made the American empire during its height both unprecedentedly powerful and easy to ignore.

Since Perkins ended his career in one of the engineering consulting firms that carried out the corporate pillaging of the 1970s, this prediction of his from Confessions has been proven right: “In their drive to advance the global empire, corporations, banks, and governments (collectively the corporatocracy) use their financial and political muscle to ensure that our schools, businesses, and media support both the fallacious concept [of endless consumption] and its corollary. They have brought us to a point where our global empire is a monstrous machine that requires exponentially increasing amounts of fuel and maintenance, so much so that in the end it will have consumed everything in sight and will be left with no choice but to devour itself.”

This is the context of our current runup to a World War III scenario. Now that the U.S. empire’s drive towards endless growth has brought it to a point of economic decline and diminishing global influence, it’s adopted a policy of constant military aggression that’s having catastrophic consequences.

Unlike was the case during America’s period of mid-to-late 20th century imperial expansion, the U.S. now needs perpetual war to maintain what remains of its power. We’ve been at war for eighteen years because the United States is in a unique period in its history, one where it’s undergoing an imperial decline which is reflective of what’s happened to past empires. This latest example of micro-militarism, where an empire asserts its military strength in reaction to a loss of its power, is one which could very well result in a world war of nuclear proportions.

We’re seeing the insanity of America’s micro-militarist era in the Trump administration’s recent actions surrounding Iran. Last week, when two Japanese oil tankers were damaged by large explosions, top U.S. officials blamed it on Iran. They’ve stuck to this line despite the owner of one of the vessels having contradicted the U.S. military’s account of how the attack took place. The U.S. has also flown a drone into Iranian protected airspace, then claimed that Iran engaged in a “provocation” when Iran shot the drone down.

It’s still unclear exactly what will result from these American attempts to provoke war, but the Trump administration has sent 1000 troops to the Middle East in response to the clearly fictitious Iranian attack on the oil tankers. And United Nations officials recently reported that White House officials are planning an “aerial bombardment” of an Iranian nuclear facility, which would undoubtedly spark war. This horrifying claim was quickly confirmed when President Trump ordered air strikes on Iran, then reversed the decision at the last minute. This likely won’t be the last time Trump gives such an order though, since the belligerent hawks who he’s surrounded with aren’t going to give up on their push for escalations.

Like is the case for all the other nations that the U.S. is trying to militarily intimidate, Iran represents an obstacle to the empire’s quest for hegemony. Since the time of Perkins’ activities as an economic hitman (when Iran was ruled by the Shah), Iran has been taken over by an anti-American government that’s damaged U.S. interests by declining to use the dollar in bilateral trade. The empire has experienced a similar loss in Russia, where the U.S.-backed Boris Yeltsin has been replaced by the U.S.-defiant Vladimir Putin, and in Venezuela, where the formerly neoliberal government has been replaced by the leftist Chavez-Maduro political paradigm. As the U.S. tries to strong-arm these formerly subordinate countries into submission, and continues to wage war against its longtime regime change targets Syria, north Korea and China, a world war is naturally becoming more and more likely.

America’s wars against Iran, Syria, Venezuela and the DPRK are tied in with the larger conflict between the U.S./NATO empire and the Russia/China alliance. This conflict is one that’s even more dangerous than the last cold war, partly because the U.S. is failing to take many of the precautions needed to prevent a nuclear confrontation.

The New York Times has reported that last year, the Pentagon pushed for the U.S. Nuclear Posture Review to include a strategy for retaliating against potential Russian cyberattacks with nuclear weapons. Even more alarmingly, the Times has also described that “Two administration officials said they believed Mr. Trump had not been briefed in any detail about the steps to place ‘implants’ — software code that can be used for surveillance or attack — inside the Russian grid.” This means that Pentagon and intelligence officials have been keeping the president out of the loop when it comes to issues that could decide whether a nuclear war happens.

These dangerous actions from top U.S. military commanders come at a time when the American political and media class has been pushing President Trump towards escalating the tensions with Russia, with the recent “Russiagate” hysteria acting as a means for pressuring Trump into taking increasingly aggressive stances towards Russia so that he can look “tough on Putin.” America’s leaders, caught up in the mentality of micro-militarism, are advancing reckless anti-Russian policies and demagogic McCarthyist rhetoric without any regard for the peril that they’re putting the world in.
Indeed, there are hints that the U.S. military sees a world war as an acceptable eventuality. This month, a Pentagon document said that “Using nuclear weapons could create conditions for decisive results and the restoration of strategic stability,” a statement which expresses the belief that a nuclear war with Russia or China would be winnable. Another Pentagon document, released last year, says that the commitment to great power conflict with Russia and China will entail drastic changes to American economic, political and social life; the document states that in order to prepare to “fight tonight” against a “peer adversary,” America must undergo “the seamless integration of multiple elements of national power — diplomacy, information, economics, finance, intelligence, law enforcement and military.”

We’re seeing this transition towards a paradigm of total war as America’s police become militarized, as the big banks partner with law enforcement to suppress anti-capitalist movements, as U.S. intelligence agencies work to police the contents of media, as corporations like Amazon partner with the military/intelligence complex to control the underlying structure of the economy, and as America’s democratic institutions are eroded by the Trump administration’s model of corporate authoritarianism. The collapse of the American empire is causing both the proliferation of war abroad, and the intensification of oligarchic control within the homeland. And as the collapse of the climate progresses in the coming decades, war and fascism will continue to show themselves to be the consequences of capitalism and empire.

Americans were warned that this would happen when we still had the chance to reverse the course we were headed in. Perkins describes that during his career as an empire-builder, he was once given such a warning by a woman he met in Indonesia, who told him while making a general address to the American people: “Stop being so greedy and so selfish. Realize there is more to the world than your big houses and fancy stores. People are starving and you worry about oil for your cars. Babies are dying of thirst and you search the fashion magazines for the latest styles. Nations like ours are drowning in poverty, but your people don’t even hear our cries for help. You shut your ears to the voices of those who try to tell you these things. You label them radicals or communists. You must open your hearts to the poor and downtrodden, instead of driving them further into poverty and servitude. There’s not much time left. If you don’t change, you’re doomed.” Similar messages have been articulated all throughout American history by those who see the folly in pursuing the role of an empire.

We were warned, and we didn’t listen. It seems like what’s happening now is America’s just punishment for failing to correct its behavior. But I have hope that with widespread revolt against capitalism and imperialism, the country and the world can be moved towards restorative justice. We need to work to build the social movements that can bring our civilization to this point, while trying to stop civilization itself from first being destroyed in a nuclear holocaust.