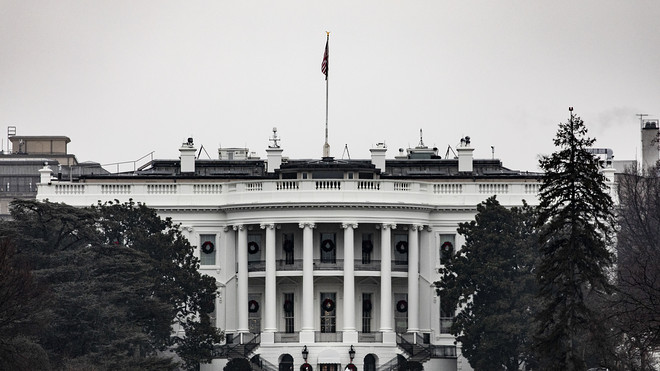 Democracy in the United States has a number of flaws and deficiencies, some more serious than others, but the sum of them points to the profound limitations evidenced by a nation whose government tries to teach the world lessons, warned US academic Steve Ellner.

One of those reluctance is the very “system in which presidents are elected by an electoral college that allows a candidate to win with fewer popular votes than his opponent,” the Doctor in Latin American History from the University of New Mexico expressed to the Cuban weekly Orbe when referring to the current political context in his country.

He recalled that, out of the last three US presidents, “two were elected with fewer popular votes than their main rival: George W. Bush in 2000 (with 600,000 votes less than Al Gore) and Donald Trump in 2016 (with three million votes less with respect to Hillary Clinton).”

Another clear example is that several states put up barriers consisting of bureaucratic demands that as a whole discriminate against minority groups such as African Americans and Latinos, explained the also associate editor of the academic journal ” Latin American Perspectives .”

He also said that the exclusion towards minorities is reflected in the cases of citizens who served prison. For example, in Florida, “ex-prisoners have to pay high sums of money”, because after leaving prison they are in debt to the State. Surprisingly enough in the land of “democracy,” in Florida most of those who served prison sentences were barred from voting.” In 2018, a referendum, promoted by civil rights organizations and the Christian Coalition of America, returned that fundamental right to them,” he reflected.

Those who rejected the initiative were overwhelmingly Republican leaders.

Last year they found “a loophole in the decision of the referendum due to their control over the legislative state branch: now only those who had paid fines and judicial fees could appear in the voter registry,” Ellner said.

It is a “question of electoral arithmetic, because a good part of the convicts belong to the black and Hispanic minorities, especially those who do not have the economic conditions to pay their fines.” Generally, those voters are more likely to support Democrats or candidates from the left than Republicans.

Furthermore, he argued that, in 2013, the conservative-dominated Supreme Court virtually abolished the Voting Rights Act of 1965, which established review mechanisms to avoid electoral exclusion against African Americans.

Right now “there are many complaints against states leaning to the right for the practice known as voter suppression,” emphasized the author and editor of a dozen books on the history and politics of Latin America.

RELATED CONTENT: The Corrupt Bargain: Inequities of the Electoral College, Past and Present (Book Review)

Ellner drew attention on the fact that the United States “is one of the few countries in the world in which Election Day does not fall on Sunday, but always on Tuesday, which represents an obstacle for many voting workers.”

He also elaborated on “prohibitions that help the Republican Party and that Trump is now implementing because he knows (and has been empirically proven) that abstention favors them.”

Meanwhile, the Democratic Party “in state after state blocks the efforts to register progressive parties and independent candidates because it knows that those candidates subtract votes,” he said, delving into the problems of American democracy.

Professor Ellner commented that in the campaigns for the presidency in the United States “the most scandalous of all is the million-dollar electoral contributions of large corporations and their ability to maintain anonymity.”

In 2010, following the famous Citizens United case, the Supreme Court declared that a “corporation has rights like any citizen and in the name of freedom of expression, the State does not have the right to restrict its participation in politics.”

As a result, there is a flow of “dark money” in US politics, much of which comes from illegal sources. The rules encourage donations for campaigns that target rival candidates (smear campaigns). “In other words, if I support presidential candidate A against B, there is no money limit in order to stain the opponent. That happens in our democracy and it has a perverse effect on US politics, ” he stressed.

Without delving into forecasts, Ellner said that if Joseph Biden wins on November 3, “the basic premises of Trump’s foreign policy will not change because there is a consensus among Republicans and Democrats that the United States has the right to intervene, in all the meanings of the word, in the internal affairs of other countries.”

However, under a Democratic administration, the stance toward Venezuela and Cuba may be less hostile, although it does not mean that, in general, Biden’s foreign agenda becomes “progressive.”