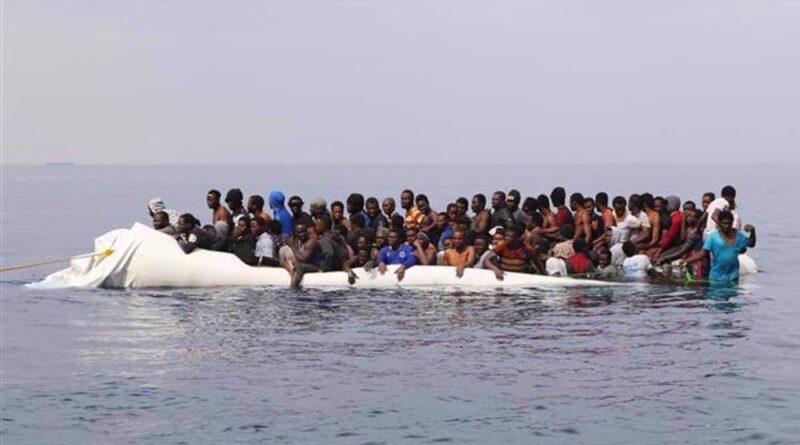 Charity organizations have posted photographs of the bodies of babies and toddlers having washed up on a beach in Libya after a shipwreck, highlighting the human toll of the refugee crisis at Europe’s doorstep.

One of the charities that posted the photos on Twitter said the children had been traveling with their parents on one of the many dinghies that left Libya for Europe in recent days.

“I’m still in shock for the horror of these images,” Oscar Camps, the founder of Proactiva Open Arms, wrote on Twitter. “These small children and women had dreams and life ambitions.”

Nancy Porsia, an Italian journalist and Libya expert, said the bodies had been found on a beach in Zuwara City of Lybia on Saturday. The Libyan army removed them, and they were buried in a cemetery in nearby Abu Qamash.

The images were reminiscent of the photo of three-year-old Syrian child Aylan Kurdi, who was found washed up and face down on a Turkey beach in 2015. The photo went viral and sparked outrage and a global debate about the refugee crisis.

Flavio Di Giacomo, a spokesman for the United Nations (UN) migration agency in Italy, said it was not clear when these victims had set off from Libya and what had happened to their vessel.

“These are dramatic images. We’re trying to get to the bottom of this with our colleagues in Libya. There are many shipwrecks that are never recorded. We can’t exclude that it may be one of those,” Giacomo said.

Thousands of people have departed Libya for the coast of Europe in recent weeks, but many never reach their destination.

The UN said in January that at least 43 refugees from West Africa had perished in the first major shipwreck off the Libyan coast, and 10 people had been rescued.

The refugees are mostly people displaced by wars and conflicts in Asia and Africa triggered by Western countries, including European states.

Featured image: The file photo, taken on March 20, 2017, shows refugees waiting to be rescued from a sinking dinghy off the Libyan coastal town of Zawiyah / AFP