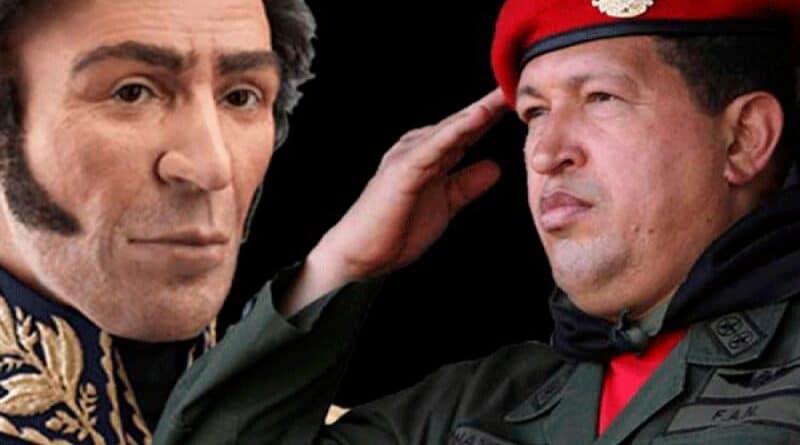 During our recent tour of the Russian Federation and the Republic of Belarus, we had the opportunity to meet with authorities from the Executive and Legislative Powers of these countries; as well as with representatives of political organizations, the Movement of Solidarity with Venezuela, and cultural and academic institutions of both nations.

We also established contact with Venezuelan scholarship holders and work closely with the media, in order to continue bringing the truth about Venezuela to the world.

In all these meetings, references to El Libertador Simón Bolívar and Commander Hugo Chávez were ever present, given the interest that both leaders arouse on the planet, as representatives of the same historical project—an interest that encouraged us to dedicate a series of our opinion articles, called “Bolivarian Feeling,” to the continuity of Bolívar’s project, expressed in the process of broad transformations that we Venezuelans have been developing over the last 22 years.

I remember that, when he was a lieutenant and was stationed in the Bravos de Apure Battalion, in the capital city of the beloved state of Aragua, Hugo wrote a story that he titled “Mauricio.” It is a story in which he wrote about the need for Bolívar’s return. It was never published, like most of his writings. Some appeared a time later, in the revolutionary bustle, as part of the forgotten manuscripts by him.

Chávez was about twenty-six years old when he wrote it, at the beginning of 1980. A fragment of the text reads as follows (I quote):

Mauricio looked at the immense figure, and then he uttered a cry that crossed space and bounced off the prairies: “Father, is it you?” Then he heard a voice that came from deep within his heart, and a big smile lit up his face weary from sleepless nights. “Yes, son, it’s me, Simón Bolívar, and when I resurrect in your midst, my first vows are for the happiness of the Homeland.”

Undoubtedly, it is a story very much influenced by the verses of the great Pablo Neruda, and a testimony to the great admiration that Hugo had already professed from his early life for the figure of Bolívar. To that devotion, to that influence, our Commander owes his political thought, and we owe, to a great extent, the process of freedom, sovereignty, and social justice that eradicated the old domination of the oligarchic castes in Venezuela.

Let’s remember that at the time when the Bolivarian Revolution triumphed, the political reality in the world meant an uphill battle for the revolutionary forces. The resounding fall of the Soviet Union and the socialist countries of Eastern Europe, the defeat of the Sandinista National Liberation Front (FSLN) in Nicaragua, and the weakening of the revolutionary armed struggle in some nations, marked a decade of setbacks for truly democratic popular movements, and for socialist ideas.

Savage neoliberalism, which in the 80s of the last century enslaved the poorest peoples and the most submissive governments, ended up establishing itself with ease. The great thinkers of the dominant system loudly proclaimed the end of ideologies and the triumph of capitalism, presenting it as the only way to satisfy the longings of the citizens of the Earth.

All this undoubtedly had a paralyzing effect on world progressivism, and in our country it was reflected above all in the traditional political parties of the Venezuelan left, which were greatly affected by divisions and internal demoralizing processes. Many abandoned the political struggle, bewildered, disappointed, and feeling betrayed as well.

In this harsh context of adversity, the figure of Commander Hugo Chávez and the 200 Bolivarian Revolutionary Movement, the MBR-200, emerged. But it must be said that this powerful civic-military movement was not born by spontaneous generation, nor was it built overnight. A rich accumulation of ideas and actions had been brewing since the times when the Bolivarian leader understood, during his formative years, that this neoliberal and dependent reality could not continue to be the destiny of the people of our Liberator.

And this is how he summed it up on that day, February 4, 1992, a day of military insurrection, when the country learned about him through television cameras, acknowledging the military defeat and courageously assuming the leadership of the rebellion: “Definitely, the country must head in another direction.” It was Bolívar’s legacy beating strongly in the voice of that young commander, who also defined himself as Bolivarian.

The world encountered Chávez and the insurgents with the tricolor armband for those brief minutes that the “por ahora” [“for now”] speech lasted. However, it all began many years before, with the spirit of Simón Bolívar stirring in the heart of the people.

Before the Bolivarian Revolution, the name of Bolívar was relegated to the formal acts of state, confining it to the reduced space of ephemera and to a highly sanctified image. As the singer and political activist Ali Primera said: “they were going to put flowers on him to make sure he was well dead.”

In this complex situation, the permanent effort made by the young officer that was Chávez, in order to generate patriotic awareness and reflect on the need to undertake the great transformations that the nation demanded, found a place with military youth who still did not open their eyes to the world and who found in Hugo’s words answers to many questions that life, and the critical social and economic situation of the country, made them ask themselves; words that also encouraged a significant number of officers to join the Bolivarian project.

It must be remembered that 40 years or so ago, when Chávez began to promote our political project, there was a nation plundered and submerged in total social ruin. The bipartisan model installed in the Homeland was already exhausted, and after the neoliberal recipe of the International Monetary Fund (IMF), the people exploded in a revolt without precedent in our history: El Caracazo. It was a desperate response to the starving policies of the government in power.

Venezuela lived under a fierce capitalist system in the shadow of oil income, which had been causing ever greater social and economic inequalities, widening poverty, and neglect of the great majority. Our Homeland was not only dominated from an economic and political point of view, by US imperialism; domination transcended into the cultural, hijacking history and distorting it, and creating a whole culture of the “American” way of life—that is, democracy in the best Hollywood style.

Faced with such a landscape, it was essential to bring back the proposals that Simón Bolívar left for posterity in Angostura, which were simply thrown into oblivion by the powerful classes:

A republican government has always been, still is, and must ever be Venezuela’s choice. Its bases must be the sovereignty of the people, the division of powers, civil liberty, the proscription against slavery, the abolition of monarchy and privileged classes. There is no other way to say it: We need equality in order to reconstitute… political opinions, and public customs.

Thus, the Bolivarian Movement that Chávez founded is, in light of the events of that time, a need to unify wills around that unfinished dream of The Liberator: to build a free, sovereign Homeland, without privileged or exploited. It is, to put it more concretely, the continuity of Bolívar’s project, a subject upon which we will continue reflecting in the next article of Bolivarian Feeling.