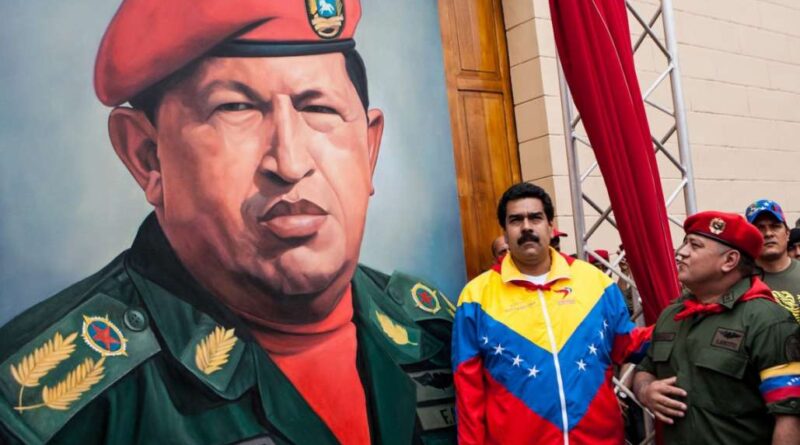 The Bicentennial Congress of the Peoples of the World was held in Venezuela’s capital Caracas during June 21-24, 2021. More than 600 political leaders, intellectuals, activists and representatives of various progressive organizations, social movements and trade unions from across the globe assembled with the common aim of discussing and coordinating anti-imperialist and anti-neoliberal struggles. Venezuelan President Nicolas Maduro, beginning in February, 2021, held virtual meetings with hundreds of delegates from over 80 countries and invited them to join the meeting.

The final declaration of the Congress asserts: “Humanity demands an alternative to the destruction of our planet, to capitalistic exploitation and the social injustices of the current order…The exercise of a sovereign foreign policy of the emerging powers and their solidarity with other peoples is a key element in the organization of a new age…The liberation of the peoples is subject to the possibility of building a world order characterized by a rainbow of sovereign nations and social projects based on justice and solidarity…The future demands from us the preservation of life.” These words are evidences of the Venezuelan people’s internationalist resistance to imperialist strangulation.

With the imposition of an economic blockade by the US, the momentum of the Bolivarian project has slowed down. Due to asphyxiating sanctions and the illegal seizure of foreign assets worth about $6 billion, Venezuela doesn’t have the resources – namely the necessary foreign exchange that it would normally obtain through the sale of oil products – to import all the food and medicine required by the population. Consequently, essential goods have become scarcer, more difficult to access for ordinary people, and when they are available at all they become extremely expensive.

In a February 2021 report, Alena Douhan, United Nations Special Rapporteur on the Negative Impact of Unilateral Coercive Measures on the Enjoyment of Human Rights, stated, “The oil revenue has dropped by 99%, and the country is currently living on only 1% of its pre-sanctions income”. Instead of acknowledging the presence of these war-like conditions, the Western media oligarchies have been relentlessly deriding the Maduro administration, failing to see the imperialist factors majorly responsible for Venezuela’s existing problems. Amnesty International, for example, has repeatedly refused to condemn the US sanctions for having caused food scarcity in Venezuela, instead blaming the Maduro government for the crisis.

While the pro-capitalists have always spread misinformation and crude propaganda about the Bolivarian Revolution, certain sections of the people have also shown a tendency to misrepresent the situation in Venezuela. They denounce the current government for betraying socialism and ostensibly submitting to the dictates of the bourgeoisie. For instance, a Surgentes report titled “Turn to the Right and Repression to the Left: Human Rights Violations in the Popular Camp,” argues that the Venezuelan government has turned to the right in both an economic and political sense.

Anti-Chavista arguments from the Left adopt a style of history which only sees rigid patterns. A dialectical viewpoint, in contrast, is sensitive to the all-encompassing complexity of any revolutionary historical process. In the words of George Ciccariello-Maher, “Where reactionary history sees only eternal cycles, a dialectical perspective instead reveals spirals: shifting conditions, emergent self-consciousness, the persistence of radical tradition and memories of resistance, but also the forgetting and erasure that sees these gradually fade or stamped out by brutal repression.”

“All are permanent elements of Latin American history, and all are present in Venezuela and the region today. Each turn of the spiral brings neither eternal recurrence nor inevitable progress, but only a new struggle between a left and a right transformed, a changing people confronting a world in motion.” When Venezuela is seen through this dialectical lens, the attitude of cynicism toward the ruling government is erased. Rather than accusing the Chavista regime of wholesale malfunction, a dialectician remains tied to the concreteness of the struggles being waged in Venezuela, fully conscious of the hegemonic push and pull of an anti-imperialist battle.

The market reforms being implemented by the Venezuelan administration – like the anti-blockade law – are necessitated by a politico-economic conjuncture wherein traditional avenues for the advancement of a socialist economic engine have been blocked. In the face of an extremely powerful campaign of subversion which has destroyed Venezuela’s productive base, the tactical usage of capitalist measures for the restoration of economic strength becomes useful. Furthermore, the deployment of new plans under a socialist direction should not be discouraged. “We must invent or we will get wrong” (Inventamos o erramos) was one of Chavez’s favorite quotations from Simón Rodriguez – the mentor of Simon Bolivar.

While people regularly vilify Maduro as an authoritarian ruler, they forget to mention that Venezuela – even amidst engineered turbulence – has more than 3,000 active communes which allow for the directly democratic management of territory and production, with communal parliaments deciding what to produce, how to produce it, how much to pay the workers, how to distribute the product, and how to reinvest any surplus in the local community. Though these communal arrangements have structural limitations due to the present-day macro-economic context, they nonetheless strive to build a world of equals, a world of justice. The working class people engaged in these communes recognize that the construction of a better world is absolutely essential. Things cannot continue as they are: either we change the world or it will end.

The democratizing impulse of the Bolivarian Revolution is shared by the Chavista government, which is aware of the unavoidable tensions between grassroots insurgency from below and institutionalization from above. In his prologue to Hugo Chavez’s “The Blue Book”, Maduro wrote: “we must be attentive and vigilant so that the connection between the collective and popular will and the Venezuelan reality never becomes lost: our people have every right to complain to those who exercise government labors when it perceives such disconnection from our behalf.”

“Today, having…true revolutionary force to accelerate the transition towards socialism means having the ability to hear the popular interpellation…we are not here to maintain and manage the power, but to continue to make a revolution”. The friction between this ideological imperative and counter-revolutionary threats has made Chavistas inhabit a multifaceted moment: doing slow work but doing it persistently and powerfully; fusing transitory eruptions of ideological vitality with durable movement-building; cementing revolutionary energy in daily practices; and constructing the counter-hegemonic power necessary to maintain the resilience of socialist structures.