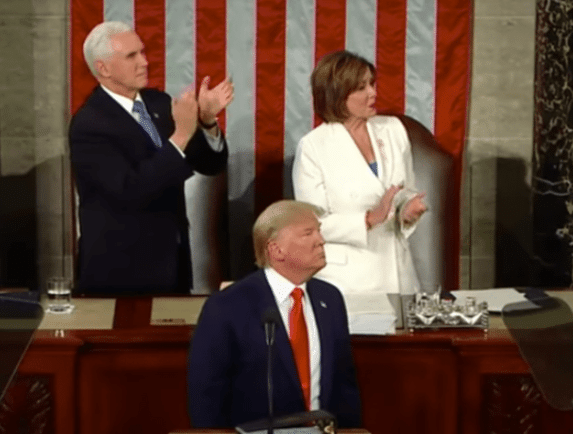 Elliot Abrams, Trump’s special representative for Venezuelan affairs, told Miami Herald that President Joe Biden will continue the current US policy of recognizing opposition leader Juan Guaidó as the leader of Venezuela’s National Assembly and the country’s interim president. “I don’t think we will see major changes in U.S. policy. And I think that they understand that the face of the opposition, the opposition’s leader, is Juan Guaidó.”

Abrams added that there is significant bipartisan support for Guaidó in Congress, including top Democrats such as Sen. Bob Menendez, D-New Jersey, who is likely to become chairman of the Senate Foreign Relations Committee. He said that Menendez has been “a great supporter of our policy toward Venezuela, and other Democrats as well.”

The continuance of an American strategy of regime change flies in the face of the desires of millions of Venezuelans. In the legislative elections held on December 6, 2020, Venezuela’s Great Patriotic Pole (GPP)—an alliance of revolutionary and progressive forces led by the governing United Socialist Party of Venezuela (PSUV)—emerged triumphant. Obtaining 69 percent of the total votes, the PSUV and its allies will now hold 253 of the 277 seats in the parliament. Despite the support Venezuelans have shown for the Bolivarian Revolution, the USA continues to pursue an agenda of imperialist interference.

The rebellion against the Washington consensus
The bipartisan advocacy of a deadly sanctions regime against Venezuela derives from the antagonistic relationship the USA has had with the country ever since the impoverished masses occupied the center-stage of history and rebelled against the Washington Consensus. The American empire is alarmed by the revolutionary change initiated by this popular uprising and wants to block it through economic embargo.

On February 27, 1989, Venezuelans woke up to an economic package that saw gas prices double overnight, and with them bus fares. Gas prices and bus fares were simply the last straw. Following a decade of oil-fueled growth, the Venezuelan economy had been in crisis since at least 1983, when the price of oil dropped and the currency devalued sharply, instantly making people’s wages and the money in their pockets worth much less.

By 1989, the Venezuelan economy was shrinking, inflation was running at 85 percent, and the poor were bearing the brunt: more than 44 percent of families were living in poverty, and almost half of those in extreme poverty.

Instead of simply paying the new fare, workers and students began to burn buses, occupy bus terminals, and block streets. Burning buses soon gave way to marches and protests, broken glass, looted stores, and nearly a week of rioting across the entire country. This was the Caracazo—the “explosion in Caracas,” although the rebellion quickly went national, lasting almost a full week in some places.

Unable to quell the rioting, President Carlos Andres Perez declared a state of emergency and sent the army and police into the barrios surrounding the capital to subdue the rebellious poor. Young army recruits sprayed entire apartment blocks with automatic gunfire, killing many and leaving bullet holes that are still visible today.

In one incident, the army opened fire on a crowd gathered on the Mesuca stairway in the poor slum of Petare in eastern Caracas, killing more than twenty. When the carnage was completed, hundreds if not thousands had been slaughtered—the numbers have never been agreed upon because bodies were simply dumped into the mass graves that are still being unearthed today.

At the time of the Caracazo, Chávez and others had been conspiring both within the army and alongside clandestine revolutionary groups, but the spontaneous rebellion by the people in the streets caught them off guard and forced them into action.

On February 4, 1992, the Revolutionary Bolivarian Movement attempted to depose Pérez in a coup d’état that failed to seize power but made Chávez a national hero overnight. It was only through the combined impact of the Caracazo and the failed coup that Chávez would later be elected president in December 1998, amid the collapse of the corrupt two-party system.

Chávez headed a project of New Bolivarianism – a socio-economic program consisting of continental nationalism and radical social-democratic reforms. The essence of this kind of project is explained by Chávez himself in his 2005 speech to the United Nations (UN): “We will fight for Venezuela, for Latin American integration and the world. We affirm our infinite faith in humankind. We are thirsty for peace and justice to survive as a species… Now is the time to not allow our hands to be idle or our souls to rest until we save humanity.”

2002 coup
A year after it invaded Iraq, the US orchestrated a coup in Venezuela. A former President of the Chamber of Commerce, Pedro Carmona, was dressed up as the president. A few generals then ordered the arrest of Hugo Chávez and he was taken to a military base. A general spoke to the military band, informing them that a new President was about to emerge, and that they should play the national anthem as per usual.

The soldiers defied this order. Angered, the general turned to the young bugler, an 18-year old soldier, and instructed him to blow the bugle when he saw the new president. “Excuse me general, but which president do you speak of? We know of only one. Hugo Chávez.” An enraged general asked the bugler to obey the orders. The bugler handed his instruments to the general and said: “You seem to be very keen on playing the bugle. Here it is. You play it.” Military support combined with massive mobilizations and impressive display of people’s power to reinstate Chávez.

Defeated politically but not economically, opposition forces then shut down the entire Venezuelan oil industry in late 2002. They were again defeated, this time by oil workers who seized the installations after more than two months. With oil production now firmly in the hands of the state, the Bolivarian government engaged in social welfare schemes, in particular through the establishment of a series of Bolivarian missions.

Stop the persecution of the Bolivarian government
The USA has been endlessly trying to destabilize the Bolivarian government due to the politico-ideological chain it has co-created with the people beginning from 1989. This chain moves through the failed uprising by Hugo Chávez in 1992, his subsequent election in 1998, the US-funded coup against him in 2002 and the development and deepening of a dynamic process that has come to be called “twenty-first century socialism”—each of these contributing to an electrifying transformation of the region and the world.

In spite of using every kind of murderous tactic, the US has not been able to beat the Bolivarians into submission. Rather than trying to institute neoliberalism at gunpoint and bring back Venezuela into the fold of neo-colonial globalization, Biden should heed the call given by Venezuela’s President Nicolás Maduro: “I call on the new US government to overcome the demonization they have made of the Bolivarian revolution after four years of so much cruelty [with the Trump government]. I call for rectification and for Biden to take the reins of command and abandon the demonization that they have made of this society… We want to improve our relationship with the US but based on respect and mutual recognition.”