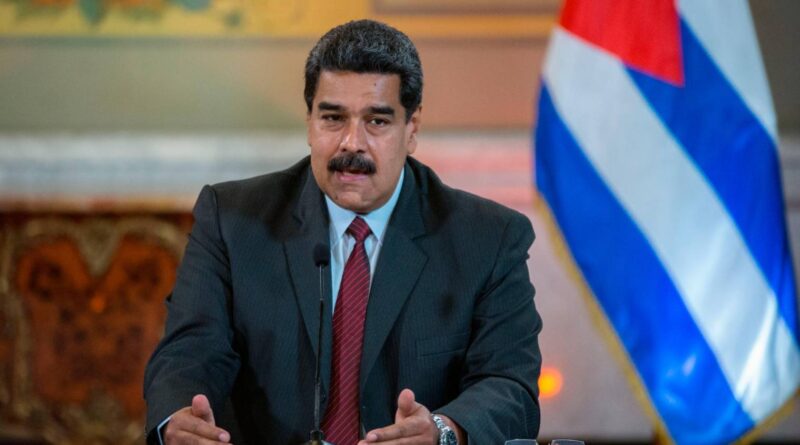 AP reports: “Carlos Vecchio, [Trump-backed opposition leader Juan] Guaidó’s envoy in Washington who the U.S. recognizes as Venezuela’s ambassador, tweeted photos of himself at Biden’s inauguration. The invitation to attend was touted by Venezuela’s opposition as evidence the Biden administration will continue its strong support and resist entreaties by Maduro for dialogue that the U.S. has strenuously rejected until now.”

Steve Ellner said today: “In spite of claims to the contrary, the Biden foreign policy team is not breaking with the Trump administration in its policy toward Venezuela. … The Biden people claim that their plans to enlist the support of allies is an innovation in that it corrects Trump’s go-it-alone approach toward Venezuela. In fact, Trump did seek and attain the support of over 50 nations (hardly a majority in the UN’s General Assembly) by taking advantage of the fact that much of Europe and Latin America was in the hands of conservative and right-wing leaders.

“In addition,” said Ellner, Secretary of State nominee Antony Blinken has indicated that “the Biden administration will provide Venezuela with much-needed humanitarian assistance. The Trump administration, however, also extended Venezuela humanitarian aid. But it was channeled through the parallel government of Juan Guaidó resulting in multiple denunciations of misuse of funds — not to say blatant acts of corruption — by members of his team who resigned in protest.

“Blinken also claims Biden will embark on a new course in that it will ‘more effectively target’ sanctions. Exactly what this means is unclear, but decades of the use of sanctions throughout the world demonstrate that, regardless of intent, the real victims of sanctions are the entire population. Even the Trump administration announced that the supply of medicine and food would not be affected but in fact it was. Everyone in the global commercial chain feared reprisals if they had any interaction at all with Venezuelan companies, both private and state-owned.

“Far from regime change, the starting point of U.S. policy toward Venezuela has to be recognizing Nicolás Maduro as the nation’s legitimate president. There may have been some irregularities in the Venezuelan presidential elections of 2018, as there have been in U.S. electoral contests, but there was no credible evidence of the votes not getting counted correctly, that is, electoral fraud. The commercial media’s uncritical employment of the term ‘authoritarian’ and ‘dictator’ to refer to Maduro is nothing short of deceptive and it ignores context, namely the multiple violent attempts to remove him, even physically.

“Maduro has clearly indicated his interest in negotiations with the U.S. and of late has expressed willingness to make concessions specifically regarding the release of several jailed U.S. citizens. He has also recently indicated his openness to concessions on the economic front.”