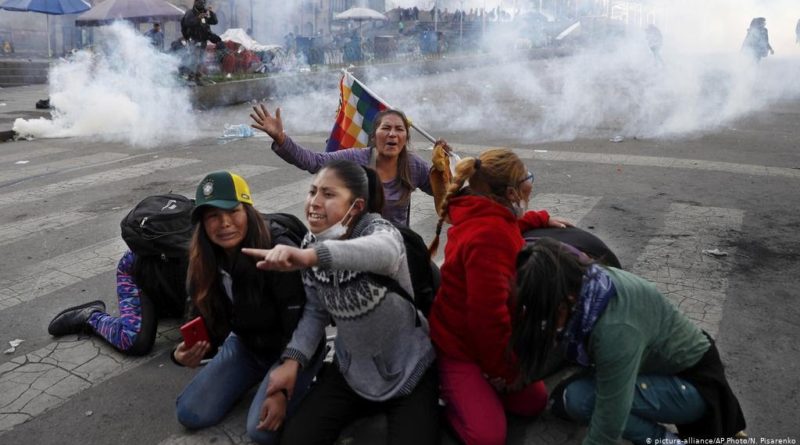 The Ombudsman’s Office of Bolivia reported that the number of civilians killed after the police and military repression recorded on November 19 against protesters in the vicinity of the Bolivian Fiscal Oilfield (YPFB) Oilfield plant, located in Senkata, in the city of El Alto. The agency said that the cause of death of civilians in Senkata was due to the impacts of firearm projectiles, whose authorship is still under investigation.

The human rights defender said that a total of 31 people have died since October 20, of which 28 occurred after the coup d’etat on November 10.

The repression in Senkata against people protesting the coup d’etat against the legitimate president Evo Morales, last November 10, have also caused 40 to be wounded.

We must remember that President Evo Morales won by a large majority the elections of October 20, however, a coup d’etat led by military, police and opposition sectors, forced his resignation on November 10, and his departure a day later to Mexico, where he received political asylum.