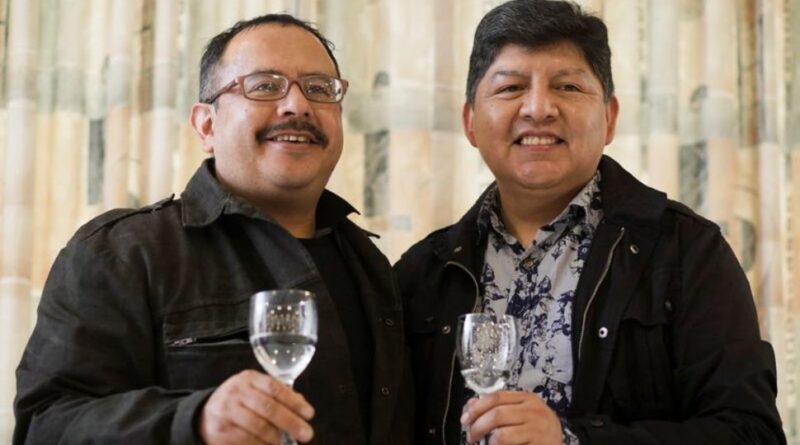 For the first time, Bolivia’s civil registry authorized a same-sex civil union, following a two-year legal battle, a decision activists in the Andean nation hope will pave the way for an overhaul of the country’s marriage laws.

David Aruquipa, a 48-year-old businessman, and Guido Montano, a 45-year-old lawyer, were initially denied the right to register their union in 2018 by authorities in Bolivia, who said the country’s laws did not allow same-sex marriage.

The couple, together for more than 11 years, took their case to court.

“It is an initial step, but what inspires us is [the goal] of transforming the law,” said Aruquipa, a well-known local activist for LGBTQ causes.

In striking down the national civil registry’s previous resolution on the couple’s case, the court made clear that the country’s constitution requires laws and administrative procedures be interpreted in a way consistent with the principles of equality and non-discrimination, including on the basis of sexual orientation.

The court also held that the civil registry had violated the couple’s due process rights, in part because it had not considered Bolivia’s international legal obligations.

Bolivia’s Constitutional Court has previously ruled that domestic law needs to be interpreted in a manner consistent with international human rights obligations, according to Human Rights Watch.

The La Paz court also cited a landmark 2017 opinion by the Inter-American Court of Human Rights, affirming that under the American Convention on Human Rights, all rights applicable to the family relationships of heterosexual couples should also extend to same-sex couples.

“Gay and lesbian couples are an integral part of Bolivia’s social fabric and deserve to be recognized by the state and its institutions,” Jose Miguel Vivanco, Americas director at Human Rights Watch, previously said when he called for the recognition of the union of Aruquipa and Montano.

“All civil registries in Bolivia should stop treating them like second-class citizens and start recognizing their unions.”