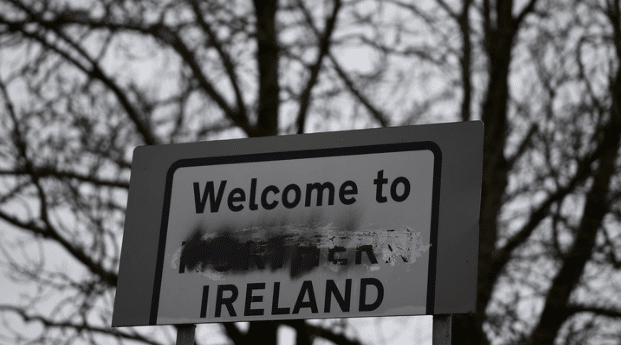 How should we remember the creation of the State of Northern Ireland? No telegram from the Queen, just 3 million pounds from the Secretary of State to promote Northern Ireland within the United Kingdom?

Whatever way people intend to remember the creation of the Northern State one thing is indisputable, it was a creation of the British government born out of the struggle for Irish independence and instead of being a new beginning for Ireland and its people it has tragically kept division, intolerance, sectarianism and racism alive on the island of Ireland.

Ireland is arguably Britain’s first colony. Not an uninhabited land ripe for settler colonisation but a nation with its own people, culture, language, mores and values.

A nation which has been subject to 800 years of foreign domination through military occupation, partial colonisation and political manipulation in what has been described as the longest occupation of any nation by another in modern history?

Without revisiting Irish history throughout this illegal occupation and its struggles for freedom and independence from British Crown usurpation, we should concentrate solely on the period leading up to and including the partition of Ireland.

After the Easter Revolution of 1916, the risen people of Ireland fought a national war of Independence, culminating in a partial British withdrawal in Ireland between 1920 and 1921.

The people of Ireland had voted for freedom. Freedom which the British denied them.

A small section of the Northeast of Ireland had been colonised by British settlers in the 17th century and the indigenous people ethnically cleansed of the land, leading some of the inhabitants of the North of Ireland to show settler-colonial allegiance to Britain.

This vociferous armed and anti-Irish militia was supported by Britain in determining they would stand against Irish independence and for the union with Britain.

These British subjects, the rump of an imperialist imposed colonisation, threatened civil war in Ireland.

A settlement was made between some remnants of the Irish independence fighters and the British government that oversaw the partition of Ireland and the birth of a nation?

The civil war promised by the pro-British in Ireland did not materialise but a civil war between pro-independence Irish republicans and pro partition republicans ensued with many barbaric acts carried out by the new administration against those who fought against the partitioning of their country and the abandonment of part of their land and some of their people.

Those pro-British settler colonials who made up less than 20 percent of the people on the whole island of Ireland, now became the majority in a partitioned pro-British statelet which was then set up in the newly created Northern Ireland.

Perhaps more than 60 per cent of the population in this new gerrymandered bastard statelet were now pro-Union and pro-British?

A sectarian anti-Irish, pro-British statelet had been created on the island of Ireland allowing Britain to maintain a foothold on Irish soil and an influence on Irish politics indefinitely.

A pro-British Colonial Parliament was then established. A one-party Unionist State was created and discrimination, violence, state-sponsored suppression, along with an almost invisible form of apartheid were born.

Draconian laws were enacted, to include detention without trial. Elections were gerrymandered to create at times false unionist majorities at all political and civic levels in society. A proxy undemocratic state was delivered by Britain on Ireland as a direct outworking of Britains determination to remain in Ireland, come hell or high water,

I will not rehash the history of discrimination visited upon the indigenous Irish people now governed wholly inappropriately by a pro-British junta type government.

The facts speak for themselves.

Partition was and is wrong. The division of Ireland has led to even further division upon its people with a continued war of independence by sections of the Irish people that has continued sporadically for the last 100 years.

Unionist mismanagement of the democratic principles of consent, their veto on reunification, discrimination and repression of the Irish people their culture and language is well documented.

The only remedy for all the people of Ireland is to finally end partition. To have national reconciliation.

We must end the Unionist veto and allow all the people to finally have an all-island say in all Ireland matters. A conversation which has been 100 years, several thousand deaths and tens of thousands of imprisonments in the making.

How should we best celebrate or remember 100 years of Northern Ireland?

As a failed state? A bastardisation of democratic values? A sectarian experiment which tragically turned out exactly as envisioned?

Looking back is always an exercise in naval gazing.

We must raise our eyes to a better future and see the hope that always springs eternal.

The remedy to 100 years of unionist failure must be a vote on National Reunification.

A shared future for all in a democratic, federal of singular parliamentary state.

Peace through unification.Unification through consent. Consent through the ending of unionist veto.

It must be reiterated the problems and violence visited upon Ireland are the outworkings of British colonial interference and its continued occupation of Ireland.

Those who fought and died for independence were freedom fighters engaged in legal resistance to a foreign illegal occupation.

When Ireland is finally free, we must remember those who made the ultimate sacrifice in all generations, in all phases of the struggle, for the last 800 years.

The coloniser never willingly gives up the trappings of occupation. The same is true here.

The demographics have changed. Reunification will not come about because the coloniser seeks to redress historic injustice, but because the indigenous people can now carry the vote!

If unionists vote to end partition then all the better if not we must move on without them.

Northern Ireland will mark its centenary year on May 3, 2021.

Perhaps that should be the day we have a border poll? To let the people decide how the next 100 years turn out?

Or maybe May 5th is more fitting, on the 40th anniversary, of the death of Bobby Sands, an Irish Republican prisoner, a member of the Irish Republican Army, IRA, and elected Member of Parliament, to the British House of Commons. He died after 66 days on hunger strike as a political prisoner, fighting for political status, on Irish soil, in a British jail.

Regardless of the date, we must finally close the book on Britains occupation of Ireland, forever.