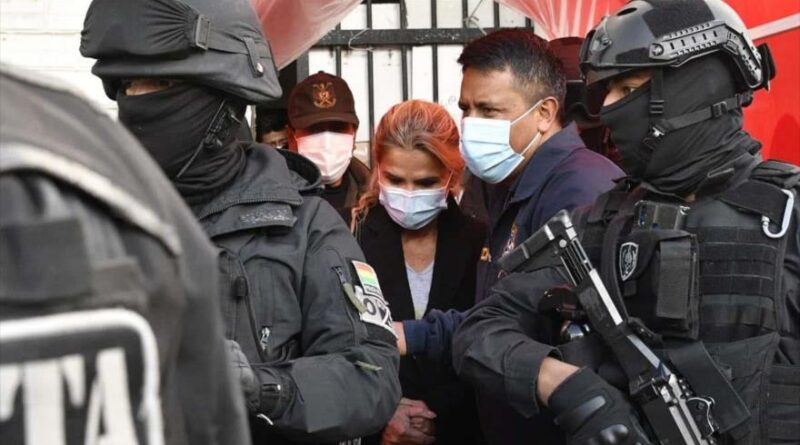 Bolivian legal authorities have warned of the risk of flight of former de facto president Jeanine Áñez to avoid her responsibility in criminal acts committed during her dictatorship.

“There are signs that she [Áñez] may escape,” said lawyer Thomas Becker this Wednesday, September 8, in an exclusive interview with the state television Bolivia TV.

Becker added that the possibility of an escape is normal when “extreme violation has been committed,” and insisted that Áñez must remain in prison.

The lawyer, who has been the main promoter of the trial in the United States against former Bolivian president Gonzalo Sánchez de Lozada (Goni, 2002-2003) and his former minister Carlos Sánchez Berzaín for the 2003 massacre in Bolivia, stated that in the trial of responsibilities in massacres against Goni, 13 of the 15 implicated have escaped.

Likewise, he underlined that of the three accused in the massacres in Sacaba and Senkata in 2019—former de facto Minister for the Interior Arturo Murillo, former Defense Minister Fernando López, and Jeanine Áñez, only the former president is imprisoned, while the other two have fled from Bolivia.

Due to all this, Becker emphasized that victims have the legal right to seek justice, and that the government must investigate and punish those responsible for the acts of violence and murder.

Since March 13, Áñez has been in the Miraflores Prison in La Paz for her role in the coup against the then re-elected president Evo Morales, in 2019, as well as cases related to sedition, terrorism and conspiracy.

The former president and her former ministers not only orchestrated a coup in the country, but are also responsible for violating human rights and causing a number of civilian deaths.

During Áñez’s mandate, the police forcefully repressed protests against the de facto government with weapons of war and chemical agents. The police and military repression led to at least 36 fatalities; more than 800 were injured, and over 1,500 were imprisoned.