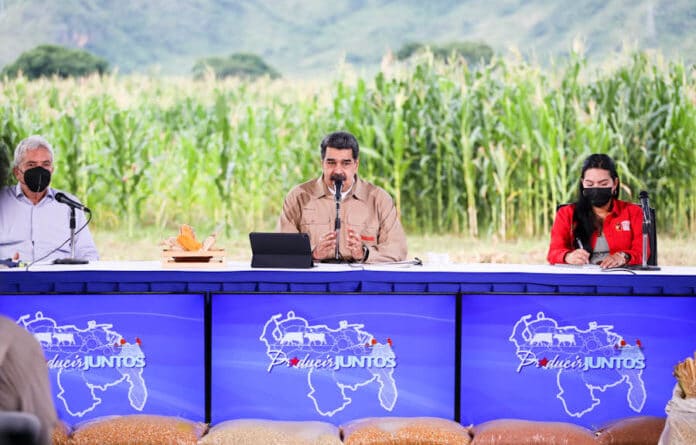 Dialogue, instead of violence, is the only way that will resolve political differences and promote a new stage of economic, political and social well-being of the Bolivarian Republic of Venezuela, said President Nicolás Maduro this Wednesday, September 8, in support of the Mexico Talks.

He expressed this opinion during a working meeting with the economic cabinet, reiterating the willingness of the Bolivarian Revolution to continue with the dialogues between the government and sectors of the opposition, taking place in Mexico. There have already been two rounds of dialogue, and the talks will resume on September 24.

In this regard, the president also referred to some “leftists” who claim to support the Bolivarian Revolution and yet constantly attack the rapprochement with right-wing groups and the insistence of the democratic institutions that the opposition return to the path of democracy.

“There are people who think they are more revolutionary and left-wing than Lenin and Marx, who present themselves as more more Chavistas than Chávez and then they say: Maduro, why are you sitting down with Guaidó to talk?” commented the president.

Efforts for peace
President Maduro also stated that, because of the achievements of the dialogue in Mexico and the signing of two important partial agreements, there is a reaction from a sector of supporters of former deputy Guaidó that wants to derail the dialogue. The Colombian government, led by Iván Duque, as well as sectors of the United States establishment, are trying to do the same.

RELATED CONTENT: Venezuela on the Path to Political Consensus

In his reflections President Maduro reiterated that “even if we have to swallow 10 more toads,” it is necessary to put political and ideological differences aside, in order to work together for peace, production and prosperity in Venezuela.

“They want to blow up the dialogue,” commented the president. “This is not the first time that they have done it. I have told Dr. Jorge Rodríguez to inform me about the warnings, the concerns; to let me know, in private, with concrete data, about where the threats are coming from.”

President Nicolás Maduro took as an example the economic event that the cabinet was holding on Wednesday, to summon all sectors of the country to production. The main objective is to satisfy social needs and consolidate the common good, he highlighted.