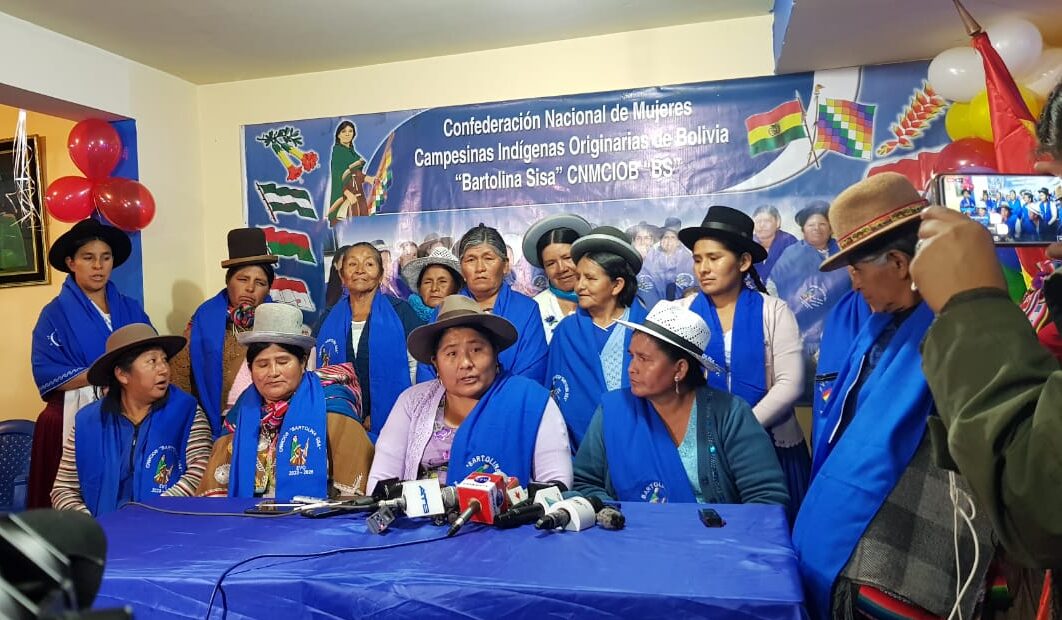 The threat comes in the midst of political tensions in Bolivia, driven by new destabilization efforts launched by far-right governor of Santa Cruz, Fernando Camacho, under the guise of demading the upcoming national census be carried out earlier.

Felipa Yalily Montenegro, the executive secretary of the organization of Native Indigenous Peasant Women of Santa Cruz “Bartolina Sisa,” in Bolivia, gave a statement on teleSUR this Wednesday, October 26. Yalily denounced threats made by members of Fernando Camacho’s inner circle. Camacho is the governor and opposition leader who played a key role in the 2019 coup d’état against President Evo Morales.

In response to a strike called by Camacho, Yalily issued a statement on Wednesday in which she elaborated, saying that she was “receiving death threats, [her] family is in danger just for going out to the media and asking for what we deserve as women: respect for [our right to] work, to free transit, the right to education for our children, the right to health for our brothers and sisters in this department of Santa Cruz.” Camacho’s strike used Bolivia’s national census date to cause further disruption.

According to the complaint, her life is in danger “just as the member of a very humble family, the husband of a Bartolina sister whose life was ended, he has just died three days ago. They want to do the same with me.”

She called for the complaint to be covered by international human rights and women’s defense organizations “so that they can do something,” she said “my life is in danger.” The leader asked the governor and people around her to “let the women go to work.”

The complaint not only referred to governor Camacho, but also to civic leader Rómulo Calvo and the rector of the Gabriel René Moreno Autonomous University (UAGRM), Vicente Cuéllar.

She stressed that they are “original indigenous peasant women who do not harm anyone, we dedicate ourselves to working and producing our land to be able to contribute to the family income.”

Likewise, she denounced the strike promoted by the governor. The strike has threatened the lives of leaders and simple peasants while also having harassed the federation Yalily directs, which is made up, as she recalled, “by only women.”

“Satan, Out of Bolivia!” – The Ritual of Camacho and His Sect

“They want to finish us off,” she said, while recalling the death of the partner of one of the members belonging to the women and indigenous organization.

The feminist leader asserted that Cruceños have a “culture of brotherhood and solidarity” from whom said culture is derived. She defended her decision to make the complaint public, using the events leading up to the coup attempt against Evo Morales in November 2019 as a point of comparison.

Yalily spearheaded the social movements’ resistance to the strike that Camacho, and the so-called Inter-institutional Committee, announced regarding the political unrest around the population census.