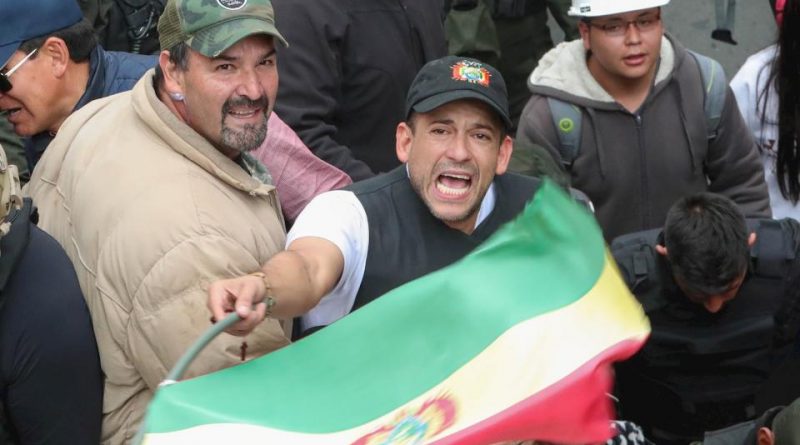 A few days after the coup d’etat in Bolivia, after the forced resignation of President Evo Morales, followers of Luis Fernando Camacho met in the Plaza del Cristo Redentor in Santa Cruz de la Sierra to perform a sort of exorcism. “Jesus rules Bolivia,” those present exploded in jubilation at the end of the ritual.

“Now we bind Satan … And we bind all the demons of witchcraft and send them into the abyss at this hour. We set a new time in the skies of Bolivia. Satan, out of Bolivia! Now! ”A preacher shouts from the stage.

With the statue of Christ in the background, the spectators followed the ritual cheering with their hands raised. Many had the flag of Bolivia with them. They were waiting for the speech of the ultra-Christian Camacho, who, when carrying his request for the resignation of Morales, entered the “Palacio Quemado” (presidential palace) and deposited a bible.

This religious ceremony was attended by the members of the civic committees of Santa Cruz, the groups that led the protests against the deposed president.