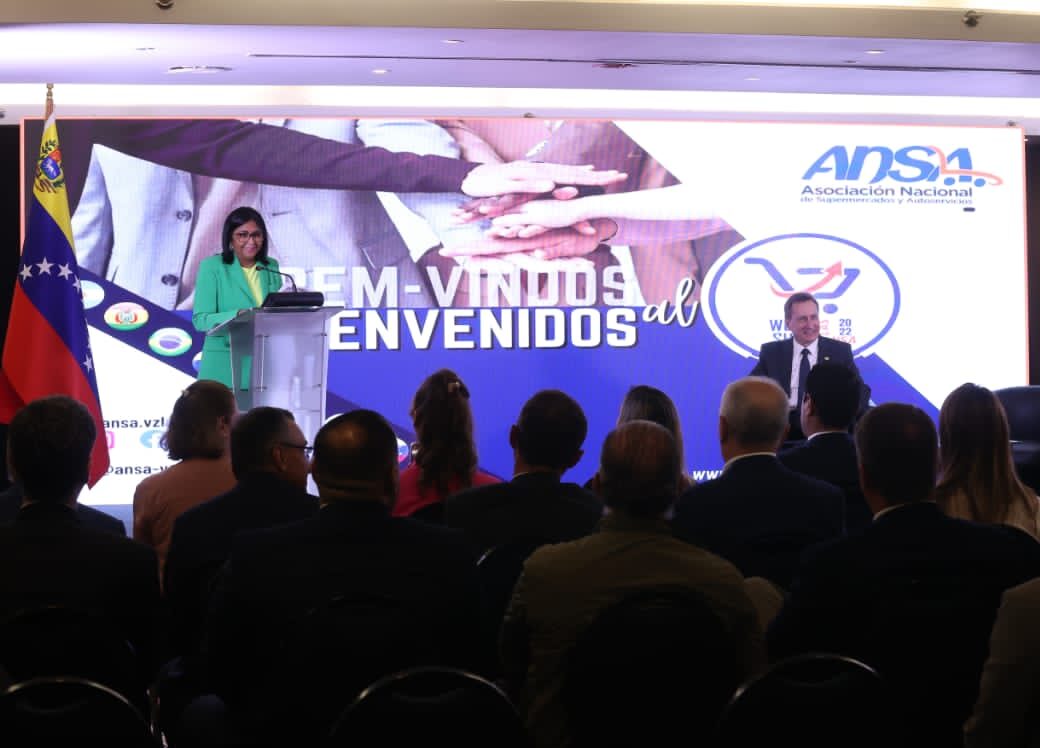 Venezuelan Vice President Delcy Rodríguez during the meeting with the supermarket union. Photo: Ministry of Economy and Finances.

Delcy Rodriguez, Venezuela’s vice president, stated this Monday, October 24, that the country’s retail activity has increased by 120% since 2021. The effective economic policies of Nicolas Maduro’s administrated are responsible for this development.

Using the updated figures, she said that a 12% growth of the national Gross Domestic Product (GDP) is now projected for this year. This drastic increase would be the second highest growth rate in Latin America and the Caribbean, just behind Guyana that reported a radical growth due to oil transnational operations.

In particular, Vice President Rodriguez highlighted that supermarket activity increased by 19% between 2021 and 2022. Which is a demonstration of how impressive the government’s policies are in the face of illegal sanctions and a unilateral blockade, waged by Washington and the European Union.

Delegations from eight nations attended the summit in Caracas, including trade federations from Argentina, Brazil, Colombia, and Mexico, among other nations. By 2023, it was estimated that the supermarket sector would see growth of between 6% and 9%, as well as a decline in Venezuela’s inflation, contrary to the prediction that inflation would worsen.