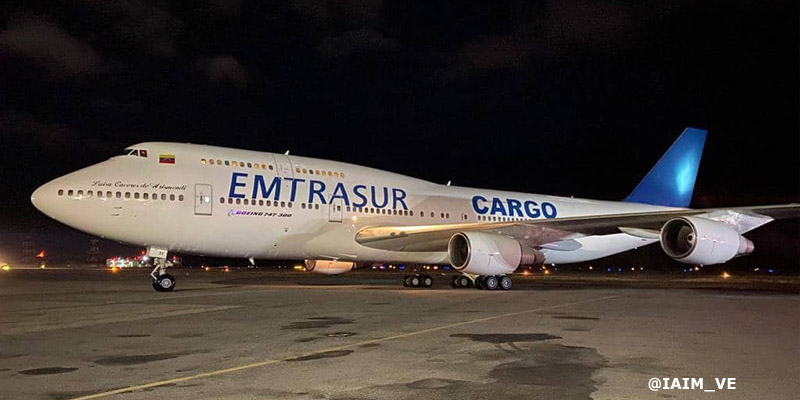 A copy of a document, according to which a US court requested the confiscation of the aircraft, was revealed in the media.

Speaking from Buenos Aires, Carlos Faría, foreign minister of Venezuela, said that the Venezuelan government expects the immediate release of the EMTRASUR plane held in Argentina. Faría is in Buenos Aires to participate in the Community of Latin American and Caribbean States (CELAC) meeting.

“In spite of everything they said about our Venezuelan compatriots and Iranian brothers, absolutely no evidence was found that could incriminate them, and we are waiting for this to be definitively resolved, the immediate release and return of our plane, a plane that is used for the benefit of our people,” Faría said in response to the arbitrary detention.

The release of the crew began in September and was finalized on October 21 with the arrival in the country of the last five crew members of the EMTRASUR Boeing 747-300 aircraft.

It is worth noting that last Tuesday, October 25, a document circulated in the international media according to which a Court of the District of Columbia, in the United States, ordered the confiscation and transfer to of the plane to US soil.

It was the first page of the cover of Case 1:22-cv-03208-RDM, in which, according to the text, the United States District Court for the District of Columbia, being the “plaintiff,” instructs the “United States Marshal Service and/or any other duly authorized law enforcement officer” to “notice the property claimed, thus bringing, within the jurisdiction of the Court, said property claimed, described in more detail as: Boeing 747-300 aircraft, with tail number YV-3531 and manufacturer’s serial number 23413″, which corresponds to the aircraft illegally hijacked on Argentinian soil on June 6.

On August 11, an Argentinian judge ruled in favor of the US court request to seize the Venezuelan plane, which was acquired from Iran. Spanish news agency EFE reported that the reason was for the seizure was “possible links with international terrorism.” However, as the case progressed, it never came to trial, the charges were dismissed, and all 19 crew members were released after being held for months, with their passports seized, in Argentina.