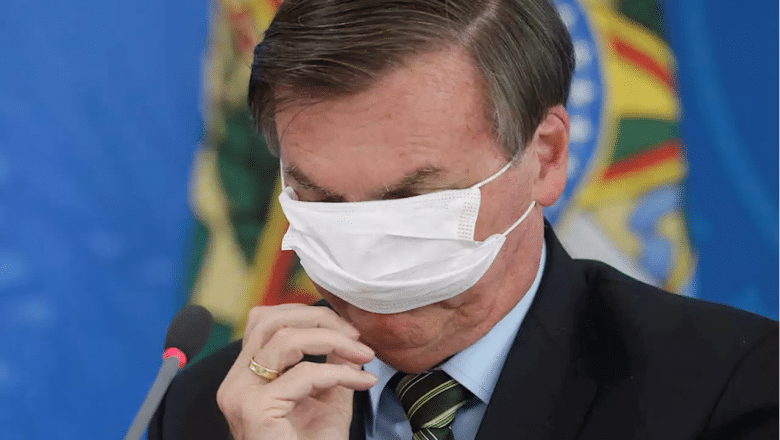 Bolsonaro threatened to withdraw Brazil from the World Health Organization (WHO), following in Trump’s footsteps, should the organization keeps its current “ideological bias.”

“I announce to you at this time: the United States withdrew from the WHO, and we are studying that in the future. Either the WHO works without ideological bias or we are leaving too,” Brazilian President Jair Bolsonaro declared on Friday before a group of supporters in front of the Alvorada Palace, HispanTv reports.

In fact, Bolsonaro’s intention follows in the footsteps of the US president, Donald Trump, who cut ties with the WHO, and accused the organization of having failed to cope with the pandemic of the new coronavirus and causing Covid-19 (to spread) as well as bias in favor of China, with whom his administration has been accusing as the origin and mismanagement of the pandemic.

The far-right president of Brazil also explained that the body “is going back” on some policies after its US ally cut contributions to the body, such as the resumption of tests with the drug chloroquine.

“We do not need outsiders giving us clues about health here,” stressed the president of Brazil, the country that is the third in the world with the most deaths from Covid-19, with a figure higher than 35,000 deaths, and the second in more cases, with at least 646,006 infections, according to official data offered by Worldometter.info.

RELATED CONTENT: Chavista Chronicles from Caracas: Colombia is Committed to Destabilizing Venezuela Because They are Running Out of Oil”: William Camacaro Interview

This Friday during a press conference, Donald Trump again mentioned Brazil as one of the nations that face problems in combating the pandemic and declared that the country led by his ally Jair Bolsonaro is in a “difficult time.”

However, the Brazilian president minimized the criticisms made by Trump in Washington when he said that the United States would have more than two million deaths if it had followed the path of Brazil and Sweden.

In reality the mismanagement of the pandemic by national authorities in Brazil and the United States are the main cause of the terrible Covid-19 catastrophe in both countries but in order to distract public opinion from their terrible leadership, they have decided to blame China and the WHO.