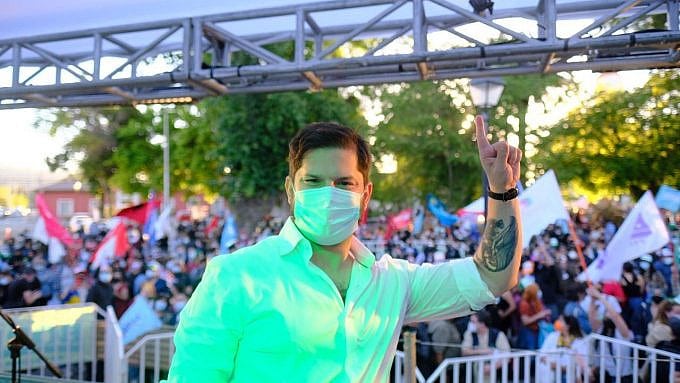 With 88.52% of the votes counted in Chile, neither of the two leading candidates are close to the majority needed to win outright, and the presidency will have to be decided by runoff elections. According to Chile’s Electoral Service (Servel), the two leading candidates, Gabriel Boric of the Apruebo Dignidad [Approve Dignity] party and far-right politician José Antonio Kast, are set to face off on November 19.

YVKE Mundial News
As reported by TeleSUR, the candidate representing the New Social Agreement coalition, Yasna Provoste, obtained 11.8% of the vote, with 724,278 of the ballots cast in her name so far. Similarly, Sebastián Sichel has 772,613 votes in his name while Franco Parisi has received 802,212, receiving 12.6% and 13% of the vote, respectively.

Regarding the votes coming in from Chilean expats, Gabriel Boric was clearly the preferred option in countries like Germany, France, Spain, Finland, Italy and New Zealand, while Kast was the most favored candidate in Israel.

Decisive runoffs ahead
The Pinochet-affiliated candidate, José Antonio Kast, thanked his followers for all of the support during the campaign. “All of our hard work is paying off, we represent millions of Chileans who are gazing hopefully at the future,” he stated.

RELATED CONTENT: The Situation in this Sunday’s Elections in Chile

As the votes came in, the president of the Socialist Party (PS), Álvaro Elizalde, called on his party members to vote for Boric in the second round due to the danger of Pinochetism returning to power, stressing that “Kast is a threat to the lives of many Chileans.”