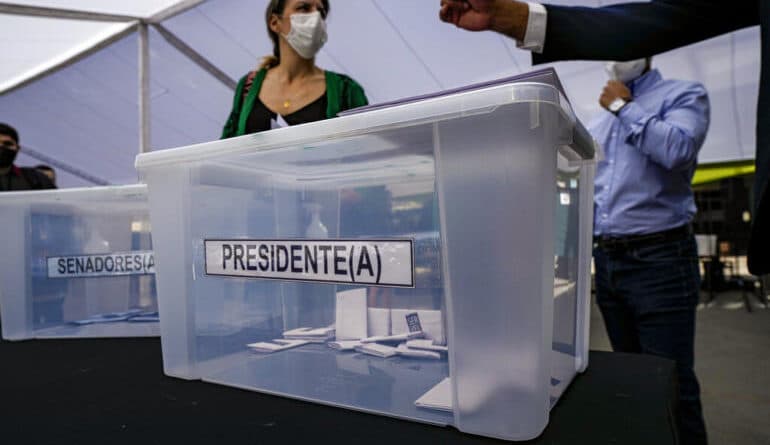 Chileans will go to the polls today to elect a new president against the backdrop of allegations of human rights violations by the government and the challenge of keeping the Covid-19 pandemic under control.

The elections, in which the entire Chamber of Deputies, part of the Senate and the regional councilors will also be renewed, will take place within the framework of the Constitutional Convention that arose from the social outburst of October 2019, which seeks for the country to abandon the remnants of Pinochet’s military dictatorship.

The exercise of the right to vote also occurs at a time when the Congress is holding an impeachment trial to know whether or not to dismiss President Sebastián Piñera for his involvement in the Pandora Papers scandal, a journalistic investigation that revealed that world personalities, including presidents, had taken their fortunes to tax havens.

The government of President Piñera has been subject to constant denunciations of human rights (HR) violations, which increased during the social outburst, which began during the October 2019 uprising through which the population demanded greater social rights and an end to repression.

In January 2020 alone, Chile’s National Prosecutor’s Office documented 5,558 complaints from victims who claimed to have suffered violations of their individual guarantees during the Carabineros’ repression of the 2019 protests.

Last February, the United Nations High Commissioner for Human Rights (OHCHR), former Chilean President Michelle Bachelet, criticized the Piñera government after analyzing a report by the Chilean Attorney General’s Office on the high number of serious human rights violations in the framework of the 2019 awakening.

The head of the OHCHR denounced a lack of cooperation on the part of the Government to fight against these police abuses, in which excessive use of force, arbitrary detentions, the targeting of eyes of protestors, torture and sexual violence at checkpoints were counted.

In this context, the National Human Rights Commission promotes bringing the State of Chile up to date with its international human rights obligations, and the historic opportunity lies in the ongoing process that will culminate in a new Constitution, which is now being drafted by the Constitutional Convention.

This Convention is the result of the social outburst of 2019, which foresees the drafting of a new National Constitution, to replace the current one promulgated since the period of the dictatorship of Augusto Pinochet (1973-1990).

The new Constitutions must be submitted to a plebiscite and it is foreseen that the president elected in this electoral process will implement it to bury the fundamental law still in force that should have been replaced long ago.

The electoral campaign has been going on parallel to Piñera’s impeachment process that began in Congress for his participation in the millionaire purchase and sale of the Dominga mining company in a tax haven, British Virgin Islands, which came to light as a result of the investigation known as Pandora Papers.

The Chamber of Deputies approved last November 9 an impeachment against the Chilean president, a decision which was passed on to the Senate, where the majority of the official senators rejected the constitutional accusation against the president.