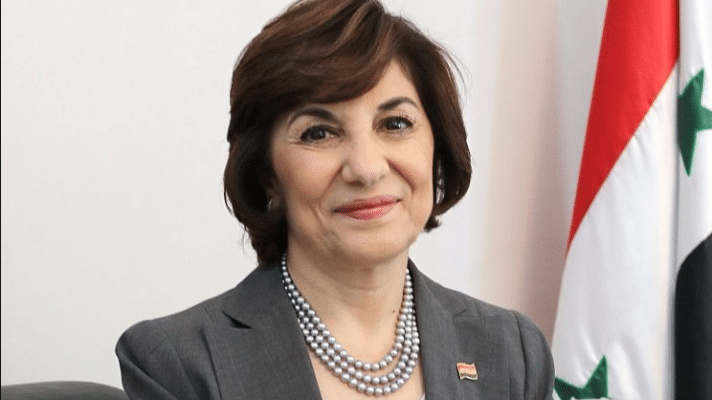 In a segment of the interview, Shaaban explained how the war against the Syrian people has different facets: military, economic, and informational. In the military sphere, she noted that, although the vast majority of Syrian territories have been recovered from terrorism, the US military occupies part of northeastern Syria; the Turkish army, with the collaboration of terrorist groups, occupies part of northwestern Syria; and the Golan Heights are under military occupation by Israel since 1967.

The terrorists are pursuing a proxy war as the instruments of those Western countries, and of Israel, that targeted Syria. Once those terrorists failed to achieve their objectives, the US soldiers and the Turkish soldiers arrived, and then it changed from a proxy war to a war with the invading countries’ own armies.

Regarding the economic facet of the war, which is now in full swing with the imposition of unilateral coercive measures by the United States through the Caesar Act, the Syrian official said that economic blockade is the means by which those countries try to achieve what they failed to achieve by military means:

RELATED CONTENT: Syria’s Truly Been a Site of World War, Their Vote for Peace & Against Foreign Interference Must be Respected

As with Venezuela, the West claims that the “sanctions” against Syria do not affect the civilian population, but are designed to put pressure on the government of Bashar al-Assad. Bouthaina Shaaban refutes this narrative and highlights the magnitude of the crime, considering that it attacks a nation that is trying to overcome ten years of war carried out by the same sources that are executing the economic coercive measures:

Shaaban emphasized that the main challenge facing the country in its physical reconstruction is the so-called Caesar Act, which Syria labels as illegal due the unilateral nature of its imposition by the US government, without approval of the United Nations Security Council, or respect for international law:

The major obstacle in the way of reconstruction is the Caesar Act, because the Caesar Act is so vicious… It not only imposes measures against Syria, but imposes measures against any party who deals with Syria, or any company that would like to export things to Syria, and therefore, of course, many of these companies will be afraid to do business with Syria. And that is really horrible. Especially as the Caesar Act and all the unilateral measures against Syria—they are illegal, because they were not passed by the Security Council; they are actually American sanctions, decided by the American government, by the American Congress, and they want the entire world to obey their will, and if anyone doesn’t, they will punish the same party just as they punish Syria. I mean, it is really the law of the jungle if you think about it—no international system, no international law!