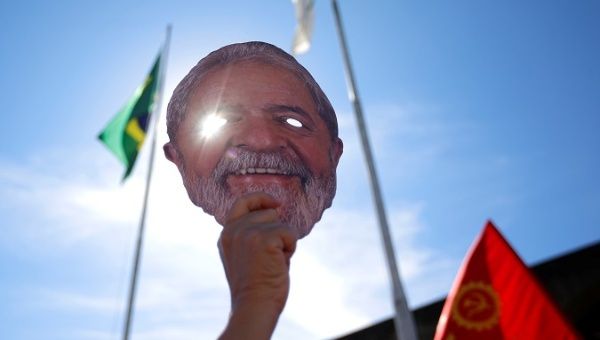 Attorney General Raquel Dodge echoes similar arguments made by Moro about why she rejects the idea of dismissing charges against Lula.

In a document sent to the Supreme Federal Tribunal (SFT), Dodge expressed her “refusal of the petition to nullify the criminal proceedings” as requested by Lula’s legal defense, while noting that there is a “reasonable doubt” resulting from the information divulged by The Intercept under the title of “Secret Conversations of Lava Jato”.

“The material published by the Intercept newspaper, which refers to the request made by the defense, was not yet submitted to the public authorities (…) its authenticity has not yet been analyzed and much less confirmed,” argued the prosecutor.

Dodge echoed a similar argument made by Moro, who is currently Minister of Justice the Bolsonaro administration, saying she questioned the legality of the leaked messages potentially obtained through unauthorized access of the cell phones of those involved. She said she considers it to “constitute a serious breach against Brazilian authorities.”

On Tuesday, June 25, the SFT will preside over a request from Lula’s lawyers to dismiss the conviction based on the recent leaks. According to sources close to the case, it is likely that some judges may request more time to study the appeal and that the decision will be postponed.

Since Sunday, June 9, The Intercept Brazil has been publishing Moro’s controversial conversations in a series of articles revealing how the former judge pressured prosecutors of the ‘Car Wash’ anti-corruption case to damage Lula’s legal prospects.

After the messages were divulged, defense lawyer’s for the former president insisted that Lula was the victim of political and legal persecution and demanding his immediate release by the SFT.

The issue sparked a nationwide debate in Brazil and has also focused attention on President Bolsonaro, who has been criticized for the full-throated support he has given to Minister Moro. According to the government, the “attacks” against the former judge are an attempt to “free” Lula, who began serving an eight-year prison sentence in April 2018.