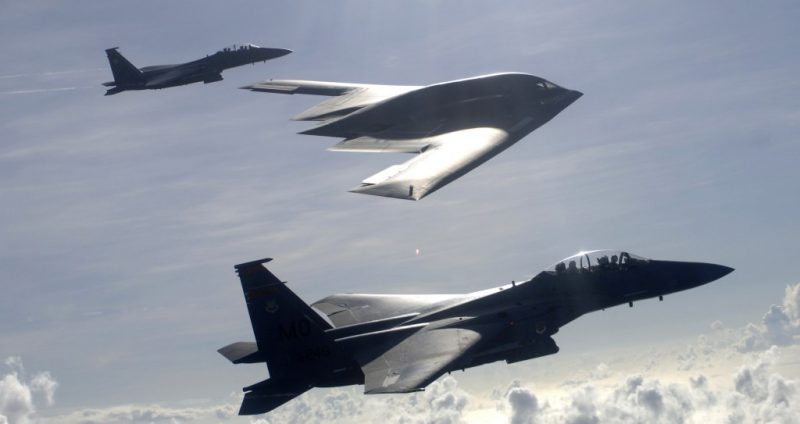 “I was the CIA director. We lied, we cheated, we stole. … We had entire training courses.” That’s what Trump regime Secretary of State Mike Pompeo told students at Texas A&M University on April 15.

On June 14, Pompeo told reporters that “Iran is responsible for the attacks that occurred in the Gulf of Oman today.” On June 16 he told Fox News, “There’s no doubt. The intelligence community has lots of data, lots of evidence.” He didn’t give any.

The Trump regime is desperately escalating confrontation with Iran in coordination with Israel and Saudi Arabia. Why? The answer can be found in the headlines.

Not the headlines parroting Washington’s claim that Iran attacked tankers in the Gulf of Oman. The answer is in the headlines that bankers and CEOs worry about.

Something did. Later that day, explosions disabled two tankers in the Gulf of Oman. Within hours, Trump’s Secretary of State Mike Pompeo blamed Iran. On June 18, the Israeli press reported the U.S. was preparing air strikes on Iran.

This is the second attack reported on shipping in the Gulf region since May 7, when the Pentagon announced a military buildup there. At the request of the U.S. Central Command, British units also deployed to the Gulf. Among them were members of the Special Boat Service, which specializes in covert operations at sea.

One of the tankers attacked was Japanese-owned, one Norwegian. Both carried “Japan-related” cargo, according to Japan’s Foreign Trade Ministry. The attacks happened while Japanese Prime Minister Shinzo Abe was in Tehran trying to defuse tension between Iran and the US.

Both the crew and the owner of the damaged Japanese ship, the Kokuka Outrageous, contradict the Trump regime’s version of the attack. They say their ship was hit by a flying missile, not underwater mines as the U.S. claims. Japanese and European Union officials have said they are not ready to accept the U.S. version of events.

Japan and the EU have good reason to fear a U.S. attack on Iran. So do the majority of the world’s people, who live in oil and gas-importing countries. So do working-class and oppressed people in the United States. Some in the U.S. ruling class fear it as well.

All that money wouldn’t go up in smoke. It would be a massive transfer of wealth into the vaults of U.S. oil companies and banks and hedge funds that speculate on oil. For the trillion-dollar U.S. fracking industry — and the big banks that finance it — this could be a lifesaver. Fracking companies are struggling to keep prices over the cost of production. Hundreds of billions in investments are at risk.

Pompeo, Bolton and the fracking Kochs

The Koch brothers, Charles and David, are big investors in the U.S. fracking industry. Before he was hired by the Trump regime, first as CIA director, then secretary of state, Mike Pompeo was called “the congressman from Koch.” He got $1.1 million in donations from the oil and gas industry during his six years in Congress. Over a third, $375,000, came from Koch Industries, which is based in his Wichita, Kan., home district.

Trump’s national security adviser, John Bolton, was a fellow at the Koch-funded American Free Enterprise Institute. As an undersecretary of state for the George W. Bush regime, he helped fabricate “evidence” to justify the 2003 U.S. invasion of Iraq.

Sen. Tom Cotton, who is leading the charge against Iran in the Senate, has gotten over $1 million from oil and gas interests during his six years on the Hill.

Trump’s secretary of the interior, David Bernhardt, was a lobbyist for Noble Energy. Noble is the main U.S. investor in Israeli gas projects in stolen Palestinian waters.

The fracking industry is much bigger than the “new money” robber barons around Trump. “Chevron, ExxonMobil Tighten Their Grip on Fracking,” the Wall Street Journal reported on March 5. Those oil majors control much of Saudi Arabia’s output as well. Four giant banks, JPMorganChase, Wells Fargo, Citibank and Bank of America, have poured over half a trillion dollars into the industry.

The hydraulic fracturing — fracking — technology in use today was first tested in June 1998. In August of that year, the collapse of the Russian ruble dropped oil prices to $11 a barrel. That was despite the murderous sanctions and deadly bombing of Iraq by the U.S. It took the energy-price bubble created by the 2003 U.S. invasion and devastation of Iraq to make fracking profitable.

The “fracking revolution’ is slowly destroying North America’s water supply. But it has made the U.S. the world’s top oil and gas producer. It is central to the Trump regime’s proclaimed goal of “U.S. energy dominance.” It is the product of three decades of war, sanctions and covert operations, hundreds of thousands of deaths and nearly six trillion dollars spent on war. It can only be sustained by more war and destruction. Which is what we will get unless we build a people’s movement that can turn things around. 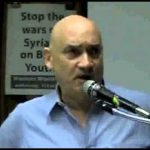