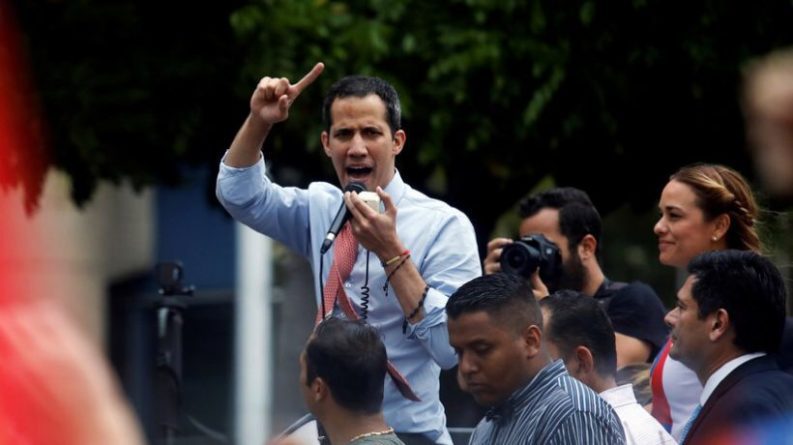 Can a foreign intervention be constitutionally requested? This is the new line in the opposition discourse (in Venezuela). On that, a few weeks ago some deputies were already speaking in the National Assembly, now becoming the center of Juan Guaidó’s discourse.

The debate focuses on the reading of paragraph 11 of Article 187 of the Constitution, which, by listing the powers of the National Assembly, states among them “authorize the use of Venezuelan military missions abroad or foreign in the country.”

This is a rule that was almost identical in the powers that, according to Article 150 of the Constitution of 1961, corresponded to the Senate, then drafted as the responsibility to “authorize the use of Venezuelan military missions abroad or foreign in the country, at the request of the National Executive”.

In its incorporation to the 1999 Constitution the end of the article that leaves the rule with a difficulty of application was eliminated, because the authorization is raised when a subject – who needs a permit – expresses his will to take an action. Assuming that this is not expressly enshrined in the current norm, therefore, we believe that an interpretation would be required on how the powers are interrelated to make way for Venezuela to use Venezuelan military missions abroad or foreign in the country.

Next, as in the case of the concept “humanitarian crisis”, the “military missions” are a typical figure, known from the law and that can not be extended to legitimize military actions in a country. An important part of this specialized literature derives from the Humanitarian Law, as do the missions for the maintenance of peace that are responsible for the fulfillment of cease-fire agreements in the framework of conflicts and to ensure that they are given under institutional conditions in terms of durability and stability.

From a broader perspective, relations of military cooperation exist between States. Historically, in Venezuela this was limited to agreements and transactions with the United States while in the present, Venezuela is militarily related to several States, through the ALBA Alliance and directly with Belarus, Bolivia, China, Cuba, Russia, Iran, Spain, etc. When these relations, this military diplomacy, involves higher level actions that mean troop deployment, this decision can only be taken by the Executive who is the head of foreign relations and head of the Bolivarian National Armed Forces.

This is the peaceful content of a norm that, as we have seen, is not a constitutional innovation, and any interpretation that pretends to establish that it can give grounds to actions contrary to Peace in the Republic is unconstitutional. In Venezuela, “La Paz” (Peace) is a basic constitutional principle. The Constitution uses the word eleven times in its 350 articles and refers to it from its first norm giving it the largest of weights. Therefore, an interpretation consistent with these principles leads to the understanding that the authorizations that can be given by the National Assembly of military missions are in order to restore or maintain peace, not to encourage or favor war.

On the contrary, peace and the defense of sovereignty are the duties of Venezuelans clearly enshrined in Article 130 of the Constitution, and, the promotion of war or the request for foreign intervention, not only can not sustain the light of our constitutional rights but is considered a crime in the criminal code.