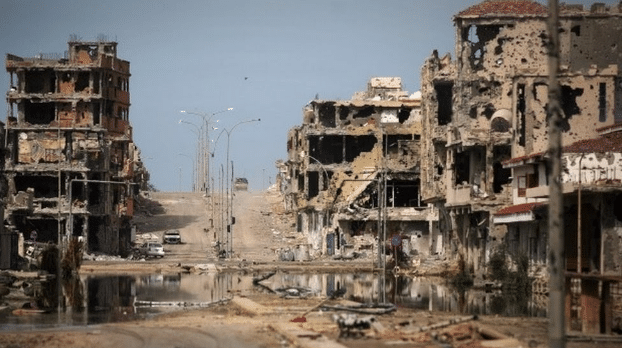 Canadians across the nation are fasting in protest of the country’s plans to purchase a new fleet of stealth warplanes.

Montreal, April 11, 2021 (OrinocoTribune.com) – “We will not allow Canada to buy 88 new warplanes to rain bombs in US and NATO wars,” wrote World Beyond War, who co-hosted the demonstration alongside Canada’s No Fighter Jets Coalition. Over 100 Canadians joined the hunger strike, and many more participated in online vigils for those killed in NATO bombing campaigns, announced No Fighter Jets Coalition. The event’s April 10 starting date was chosen to mark the 10-year anniversary of Global Days of Action on Military Spending.

“There is no way to reconcile the idea that the death of so many innocent people including children, and the destruction of lands and infrastructure, causing untold hardship and misery, can be justified in the name of peace or security—it is simply to pursue profits,” stated participant Angela Orellana Schwalm. British Columbia doctor Brendan Martin will undertake a two-week water-only fast to denounce the military outlay.

Canadian warplanes participated in the NATO bombing campaigns in Serbia, Bosnia, and Kosovo of the former Yugoslav Republic, the NATO bombing of Libya, and were engaged for twelve years in the ongoing US-led war on Afghanistan. In 2020 NATO defense spending was about $1.09 trillion.

RELATED CONTENT: The Canadian Government’s Regime Change Obsession – An Existential Challenge for the Citizens of Canada

In Yugoslavia, Canadian CF-18’s dropped over 500 bombs, destroying civilian infrastructure, state-owned enterprises, and killing innocent civilians in the formerly socialist country. About a quarter of these so-called “smart bombs” missed their targets.

During NATO’s seven-month bombing campaign of Libya in 2011, Canada dropped over 240 bombs in the first two months alone, playing a key role in destroying the nation. The “humanitarian” bombing led Libya’s UN Human Development Index to fall over fifty places, from Africa’s highest in 2010 to among the continent’s lowest.

“The foundational war of this country is of course one of colonization, and this violence continues to this day” said spokesperson Rachel Small from Toronto. “Many of us live on land that was itself stolen through colonial military violence, even as we gather today to stand up to ongoing colonial military violence around the world—such as through the purchase of these fighter jets, where we know their sole purpose is to drop bombs far away.”

Although Canada’s Liberal government stated in 2015 that they would not be purchasing F-35 stealth bombers, three transnational companies—Lockheed Martin, Boeing, and Saab—are now bidding to sell 88 new warplanes to the country, and the option presented by Lockheed Martin are F-35 stealth bombers. World Beyond War estimates that above the initial “sticker” price presented by the media (about $25 billion), the actual cost, including maintenance, operations, and disposal, will total over $75 billion. By comparison, Canada’s government committed barely $1 billion to support the Long-Term Care Fund in the wake of a national tragedy in which over 14,000 elderly Canadians living in long-term care homes lost their lives to COVID-19, representing 69% of Canada’s total deaths.

“There are also, of course, questions about how $76.8 billion could be better spent on social needs, the use of warplanes in Canada’s military alliances, the stationing of these planes on stolen Indigenous lands in this country, the morality of bombing other countries, and if the use of violence can build a genuine peace,” wrote Brent Patterson of Peace Brigades International.

“We’ve been so deeply touched all day long, seeing photos and testimonies pouring in from people who are participating by fasting, by joining in-person protests and vigils,” added Rachel Small on April 11, the second day of the event. “Tonight is really about paying homage to, and commemorating some of the people who have been killed by Canada’s current generation of fighter jets, while we deeply recommit ourselves to ensure that we can stop the purchase of the next generation of these horrific weapons of war.”