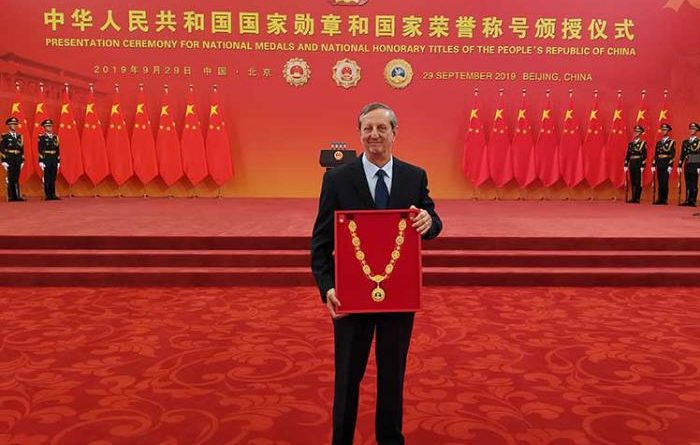 Miguel Ángel Ramírez, Cuban ambassador to that nation, received the distinction, according to Cubaminrex, in a ceremony held at the Great Hall of the People, where 41 Chinese and international figures were also recognized.

Raul is one of six individuals who were awarded the Friendship Medal, the highest state honor conferred on friends in other nations for their contributions in support of China’s socialist modernization and international cooperation with the country, and for promoting world peace.

The granting of this important distinction to the army general confirms the excellent state of relations between China and Cuba. As Raúl expressed at a meeting of leaders from China and Latin America and the Caribbean, held in Brasilia, on July 17, 2014, “More than half a century of cooperation with this country have allowed us to move forward in the development of a model relationship which has stood the test of time.”

The medal is part of a recognition system created in 2017 and is the highest honor that the President of China grants to dignitaries and foreign friends for the merits cited above. Russian leader Vladimir Putin was the first to receive the distinction in June of 2018.

Xi Jinping presented the Republic and Friendship medals, plus other honorary titles in the context of the 70th anniversary celebrations of the People’s Republic of China’s founding.