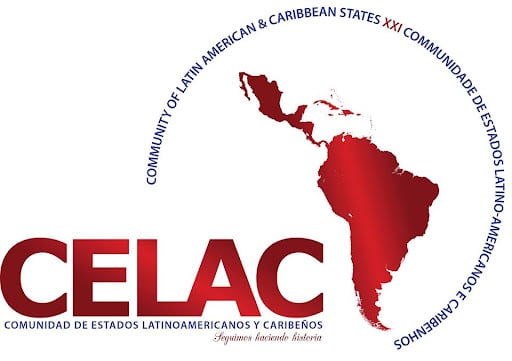 Mexican Secretary for Foreign Affairs, Marcelo Ebrard, announced that the Community of Latin American and Caribbean States (CELAC), along with the entire world, is paying full attention to the dialogue between the Government and opposition of Venezuela. Moreover, CELAC has sent its best wishes in favor of a dialogue that could benefit the Venezuelan people as a whole.

Ebrard made these comments during his inaugural speech at the signing of an initial memorandum of understanding between the Venezuelan government and the opposition sectors, which took place in Mexico City on Friday, August 13. The dialogue had been scheduled since the beginning of August when it was announced by the President of Mexico, Andrés Manuel López Obrador.

The signing of the memorandum of understanding occurred at Mexico’s National Museum of Archeology. Foreign Affairs Secretary Ebrard expressed his warmest welcome on behalf of the government and the people of Mexico and his best wishes for success of the dialogue, which will be based on a seven-point agenda to find a solution to the ongoing political crisis in Venezuela.

Ebrard stressed that Mexico has always been committed to peaceful solutions, dialogue and negotiations, which are part of its long-standing diplomatic tradition.

He added that Mexico will be a respectful and willing host during the dialogue, and hopes that concrete results can be achieved.

Ebrard also recalled the role that Mexico had during the dialogue initiative carried out in 2019, when an initial agreement to hold a dialogue in Uruguay was suggested by Mexico, with the intention of finding a peaceful solution to the crisis generated by the self-proclamation of former deputy Juan Guaidó and his supposed “interim presidency.”

In July this year, Mexico, the pro tempore president CELAC, hosted the XXI meeting of foreign ministers of the organization. The meeting became the setting for a state ceremony held in honor of the 238th birth anniversary of the Liberator Simón Bolívar.