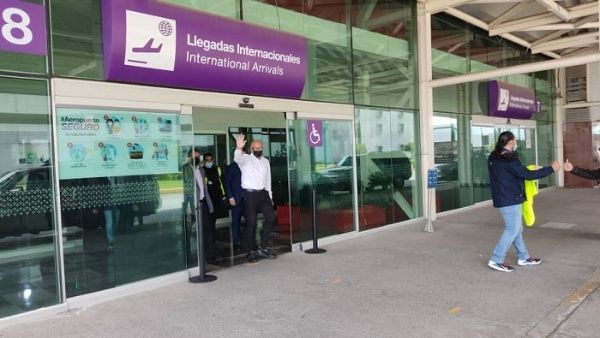 The following is a translation of the daily report of Samuel Robinson Institute for August 12, 2021.

So far, it is known that Chavismo and at least two sectors of the Venezuelan opposition will meet in Mexico, for another round of talks. These meetings will be crucial, since the previous dialogues between Chavismo and the Guaidó aligned opposition, held in Barbados in 2019 with the mediation of Norway, failed.

The context of the talks
The complexity of these dialogues can be explained by the multiple factors surrounding them.

The first instance of this is that the existence of various oppositions to Chavismo will be acknowledged by the international community, considering that the sectors aligned with Juan Guaidó will be in Mexico, and Henrique Capriles’ faction will also be present, so to speak, through Stalin González and Tomás Guanipa, together with Gerardo Blyde, Carlos Vecchio, Luis Emilio Rondón and Mariela Magallanes, according to various media outlets that have disseminated information on the upcoming meetings.

RELATED CONTENT: Stalin González Says He too is Ready for Mexico Talks

On the other hand, the coalition of 20 anti-chavista parties, called Alianza Democrática, has denounced that they have been excluded from the dialogues in Mexico. They have declared that “they do not feel represented by any sector present in the dialogue,” which is no small thing, considering that Alianza Democrática is the only right-wing coalition with a presence in the Venezuelan parliament elected last December. There is no clear answer as to the reasons for the absence of the Alianza Democrática bloc in Mexico, but it is suggested that this was due to a condition imposed by the Guaidó-aligned opposition; as, for the latter, it is vital to continue to be recognized by the international community as the “unique and legitimate “opposition to Chavismo.

Another sector that should be considered oppositional and that will be absent in Mexico is the one led by the Communist Party of Venezuela (PCV) which, despite its former participation in the government and declared claims of adherence to Chavista codes, has maintained an open opposition from the left to the Venezuelan government.

In addition to the divided opposition, which clearly conditions the entire framework of possible agreements, there is external interference in Venezuelan affairs, with the US at the forefront.

In previous occasions, the US government, when confronted with Chavismo, declared that “they will sit by the side of Guaidó,” its main political asset in Venezuela, to promote its own demands and conditions.

In fact, the meeting of Chavismo with the Guaidó aligned opposition sector should be considered as a meeting with the US and not as an internal dialogue among Venezuelans, recognizing the clear control that the US government exercises over Guaidó. It is necessary to emphasize that President Maduro has said that he has not had any contact with the Biden administration, although he had received communications from the previous administration of Trump. Maduro hinted that the only one with whom the US has any communication is Guaidó himself.

The important aspects
The Venezuelan head of state has informed that the dialogue, an instrument that he has promoted with moderate opponents within the country, has had a fruitful trajectory so far.

Now that dialogues with other opposition factions have been resumed, President Maduro has explained that seven key points will be discussed, among which the most important are the lifting of the economic blockade, the recognition of the legitimate institutions of Venezuela, and the renunciation of sedition and conspiracies and the cessation of the use of violence.

“We believe in dialogue as a way—a way to listen and understand each other,” declared the president. “Since the beginning of my presidency, the words that I have mentioned the most are dialogue, understanding and union.”

The expectations about the possible outcomes are great. In this regard, President Maduro has said that there is a document that may be signed by the parties and that the existence of this document already signifies that a great level of progress has been achieved.

The political context of the talks suggests that if agreements are reached, they will not be based on an “all or nothing” stance, and that they can only be sustained based on the pragmatism of the parties, on moderate but concrete advances. Everything remains to be seen.