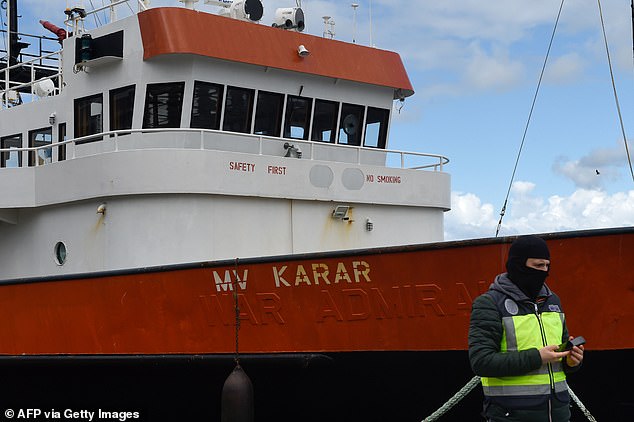 Venezuelan Chancellor Jorge Arreaza and Minister of Interior Nestor Reverol posted several tweets disarming a new fake news operation launched by the US regime in their attempt to keep pushing its smear campaign against President Nicolas Maduro in connection with the seizure in Spain of a ship loaded with Colombian cocaine.

“Here it is clearly demonstrated that this ship loaded Colombian drugs in Colombian waters and transited with impunity through the waters of various countries” allied “with the United States in its supposed fight against drugs,” Foreign Minister Jorge Arreaza said on his twitter account.

Venezuelan Minister of Interior, Néstor Reverol showed on his Twitter account as well the GPS traces of the narco ship, making it clear that it did not leave Venezuela nor was it close to the coasts of our country, he also referred to the unlimited cynicism coming from the United States.

Both high ranked Venezuelan officials were referring to the ship Karar with the Togo flag seized in Spain on April 25th with 4.4 Tons of Cocaine. The US regime immediately blamed Venezuela as “covered” by UK’s website the Daily Mail in a piece written by Adry Torres.

Working on a tip from the Drug Enforcement Agency [DEA] and the Colombian National Police and the United Kingdom’s National Crime Agency, Spain’s military intercepted the Karar, a vessel that first left Panama and had 4,000 kilos of cocaine loaded on it off Venezuela’s coast before sailing across the Atlantic Ocean.

The boat, which sailed under the flag of Togo, was headed to the northwest coastal city of Vigo but was intercepted more than 300 miles off the coast of Galicia, an autonomous community in Spain.

‘I spoke to the Spanish ambassador this afternoon, and it is true that they seized a ship that left Venezuela [carrying] four tons of drugs off the coast of Europe,’ said James Story, director of the Venezuela Affairs Unit at the U.S. Embassy in Colombia, in an interview with Infobae.

‘There are people from Maduro’s regime involved.’

Featured image: Spain detained 15 crew members from the Karar, a vessel that departed Panama early in April loaded with 4.4 tons of cocaine and used by US and Colombian intelligence in their smear campaign against Venezuela