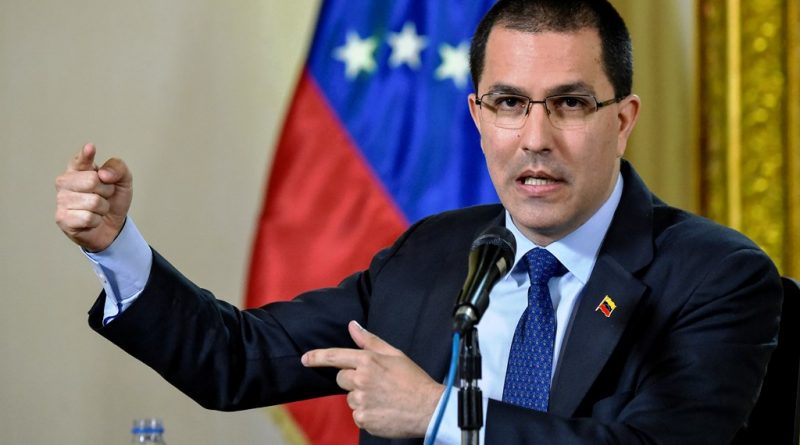 The Foreign Minister of the Bolivarian Republic of Venezuela, Jorge Arreaza, questioned on Tuesday the European Union (EU), the Agency of the United Nations Organization for Refugees (UNHCR) and the International Organization for Migration (IOM), for their cynical and hypocritical attitude about Venezuelan migration.

In this way, the Foreign Minister responded to the misrepresented statements of Filippo Grandi, United Nations High Commissioner for Refugees, who said that “four and a half million men, women, girls and boys have left their homes in Venezuela, for reasons of political instability, growing insecurity and human rights violations, all aggravated by the economic collapse of the country.”

Grandi’s statements are given in the framework of the opening of the “International Solidarity Conference on the Refugee and Migrant Crisis of Venezuela,” where he also indicated that Venezuela, in the past was the generous host country for many refugees and migrants, but it has become its opposite: “the epicenter of the largest and most accelerated population flow in the recent history of Latin America, and one of the largest displacement crises worldwide.”

The Venezuelan diplomat stressed that the EU, UNHCR and IOM have called on governments that block the Venezuelan economy, which generate suffering and support migration, steal resources and threaten to isolate and attack Venezuela.

“A sad scramble for resources star in these organizations under the hypocritical pretext of their ‘concern’ for Venezuelan migration,” Arreaza refuted through his Twitter account.

On September 13 in the context of the 42nd session of the Human Rights Council of the United Nations Organization, which was held in Geneva, Switzerland, Foreign Minister Arreaza met with Filippo Grandi, UN High Commissioner for Refugees (UNHCR), where he expressed the firm positions of the Venezuelan state in the field of human mobility and agreed to deepen communication and continue joint cooperation.