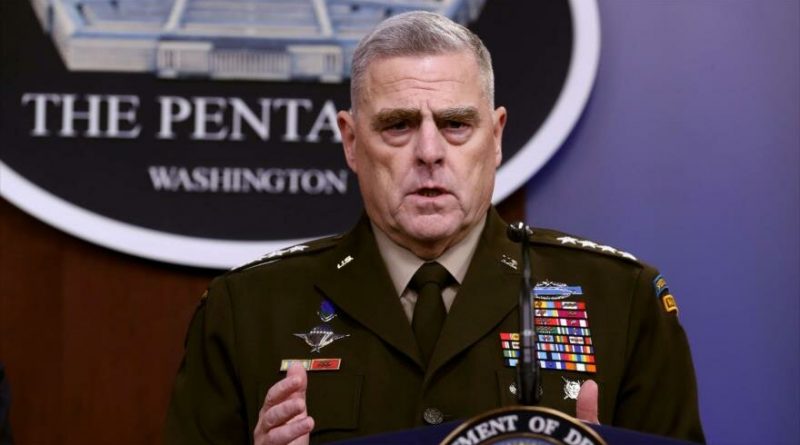 US alleges that it has disposed of the body of the leader of Daesh, Abu Bakr al-Baghdadi, throwing him into the sea, as it did with Al-Qaeda leader Bin Laden.

“The body of the leader of the terrorist group EIIL (Daesh, in Arabic), Abu Bakr al-Baghdadi, was thrown into the sea by US military forces after he committed suicide following an operation over the weekend,” they said Monday to French news agency AFP sources of the US Defense Department.

The French media gatuers that these sources have not provided details regarding when or where the body of the Takfiri extremist was thrown into the sea, but they parallel the fate that the corpse of the Saudi terrorist leader of Al-Qaida, Osama bin Laden after his murder by US special forces in Pakistan back in 2011.

Thus, AFP suggests that with that procedure that began with Bin Laden, the Americans have wanted to prevent the burial of Al-Baghdadi in a tomb making it a shrine for his radical followers.

Now, with the launching of the remains of the suicidal extremist leader into the sea, it will be necessary to ask what it means for the Americans that his corpse “was treated properly”, as the head of the Joint Chiefs of Staff General Mark Milley said Monday.

The United States had been looking for the extremist leader of Daesh for years, who sowed terror in an immense territory between Iraq and Syria, and received information about his presence in a house in the Idlib region in northwestern Syria, “where he lived in a permanent way,” said the general.

According to Milley, Al-Baghdadi detonated the belt of explosives he wore when he was cornered in a tunnel along with three of his children. Later, he added, his remains were then “transported to a safe place to confirm his identity thanks to a DNA analysis.”

While the president of the United States, Donald Trump, announced last Sunday with fanfare that his forces deployed in Syria had subsequently located the terrorist’s hiding place by killing him, in Russia this version given by Washington was met with doubt.

Bearing in mind that Trump himself in his day accused former US Secretary of State Hillary Clinton of creating Daesh along with President Barack Obama back in 2011, to coordinate the reaction to the incipient Islamic Awakening (presented in the West as “Arab spring”), giving way to a wave of Takfiri terrorism that opposed the revolutionary current stirring different countries in West Asia and North Africa, there are many who believe that the US gets rid of its creatures when they are no longer useful, as is the case with these two terrorist bosses annihilated by the Pentagon.

Featured image: The head of the US Joint Chiefs of Staff, General Mark Milley, gives details of the murder of the Daesh leader, October 28, 2019. (Photo: AFP)