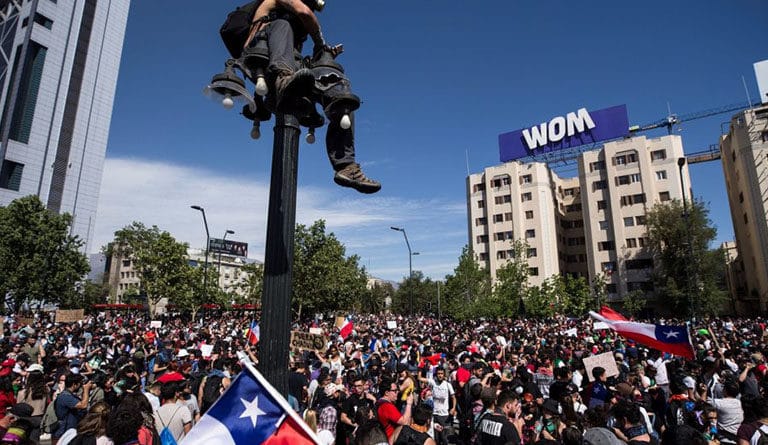 The president of the Chilean Association of Municipalities, Germán Codina, reported Tuesday that 92.4% of Chileans voted in favor of the creation of a new Constitution.

According to a Prensa Latina report, the popular consultation held this weekend was attended by 2,116,984 people, however, the participation figure is expected to increase because the website for electronic voting was blocked in the BioBio region.

The tally showed that 7% voted against the creation of a Magna Carta [in a vote in] which 225 municipalities from all over the country participated.

Among the questions for consultation was the mechanism for the drafting of the new Magna Carta. In this regard, 73% of the participants voted in favor of a Constitutional Convention, while 25% approved a mixed formula, in which both legislators and citizens participate.

However, in some municipalities, they allowed the option of the creation of a Constituent Assembly responsible for drafting the new legal text, which was supported by 83%, according to Prensa Latina.

On the other hand, 86% of the voters agreed that the vote be established on a mandatory basis, while 95.3% approved the prohibition of running for public office by people who have convictions for drug trafficking, corruption or money laundering.

This popular -non biding- consultation seeks to be a response to the demands of the Chilean people, who have been on the streets for two months in rejection of the neo-liberal policies imposed for decades in the country, as well as to demand a new Constitution that repeals the current Magna Carta, created during the military dictatorship of Augusto Pinochet.

The mobilizations – which have been repressed by state security forces, have left a balance of 23 dead, more than three thousand injured and hundreds of detainees. Among the injured, more than 300 people have suffered serious eye injuries, of which there are cases that have lost their sight completely.