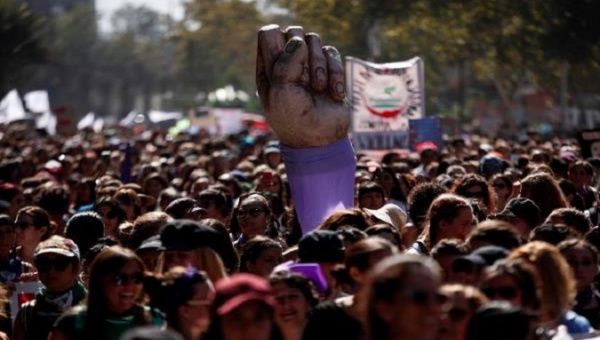 At the base of the ongoing conflict are social justice demands that have been dragged out over the last 30 years.

Thousands of Chileans are taking to the streets again this Wednesday to demand the removal of President Sebastian Piñera, who is two years into his term.

“The Piñera administration thought that talking about a hypothetical new constitution would succeed in placating the energies of the Chilean people. It was wrong. Today we will take to the streets to demand his resignation,” the Diego Portales University (UDP) professor German Campos said.

The reform of the current Constitution, which has been in effect since the Augusto Pinochet dictatorship (1973-1990), is only part of the demands being raised by Chileans, who are rejecting the neoliberal model.

“The reform of the Constitution is … only the tip of the iceberg of a conflict on the basis of which there are more structural demands that have dragged on over the last 30 years,” the UDP professor added and explained that the palliative that Chilean elites have offered to the population are “insufficient and quite insignificant.”

“Chile: Protester’s death and journalist’s injury reported. The INDH counts almost 4,000 people injured in the protests that have taken place in the country’s streets since Oct. 18.”
The days when Chile commemorated International Women’s Day served as a prelude to today’s protests. “The persistent violation of human rights, proven once again during this Sunday’s feminist protests, urges us to continue fighting,” the political scientist said.

During the protests, two Military police agents attacked an elderly man in the vicinity of the Dignity Square. Videos posted on social networks show how he was beaten even after he had fallen to the ground.

Piñera has not spoken out about the ongoing human rights violations. However, on his Twitter account, he said that “a violent march is anticipated and we are preparing to watch over public order.”