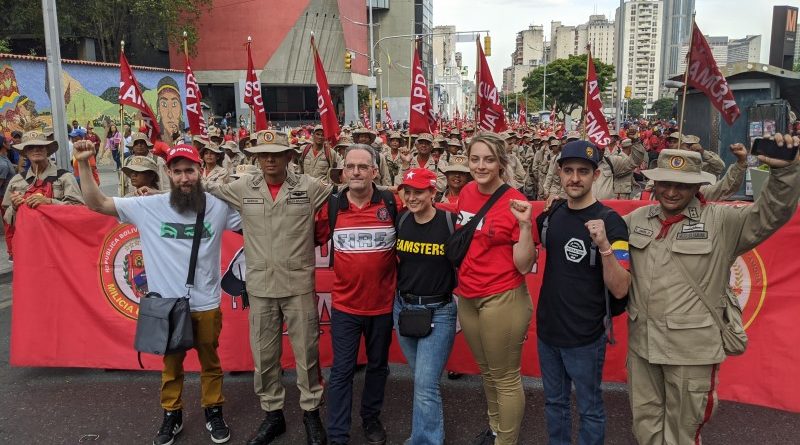 Caracas, Venezuela – Over 600,000 people took to the streets in Caracas, March 10, marching to support President Maduro and the Bolivarian government. The small opposition called for a march on the Presidential Palace Miraflores and held small rallies in the wealthy neighborhoods. However, huge masses of people in central Caracas marched through several working-class neighborhoods to counter the opposition’s call. The gigantic march went as far as the eye could see. There were banners, trucks and music. People were chanting, singing and dancing.

“I saw thousands of working people celebrating their revolution. From now on, when I hear Trump’s lies about the Bolivarian Revolution, I will always remember the people in the march smiling, holding up the Bolivarian flag, and fighting to defend their revolution,” said Beau Hawk, a delegation participant Teamster union steward.